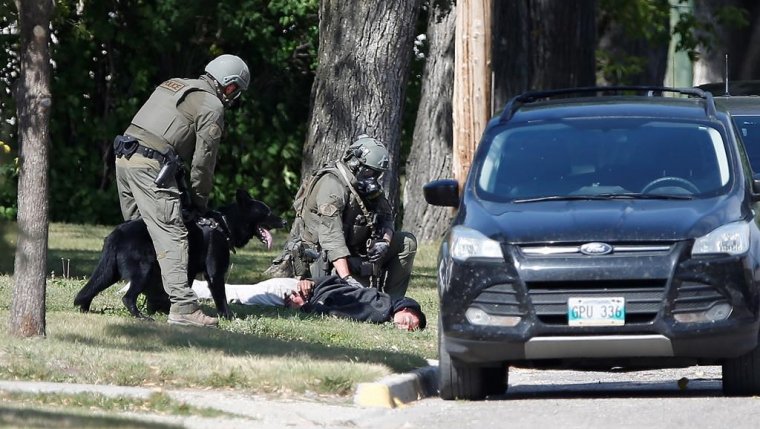 WINNIPEG — Four men have been charged in the shooting of an RCMP officer this week in western Manitoba.

Therae Racette−Beaulieu, 18, from the Sandy Bay First Nation faces charges that include two counts of attempted murder and possession of property obtained by crime.

RCMP say shots were fired Wednesday night when two officers responded to a break and enter at a home in Onanole, a small resort community near Riding Mountain National Park.

One officer, Cpl. Graeme Kingdon, was seriously injured and was airlifted to hospital in Winnipeg.

"He remains in hospital recovering from his injuries. He is receiving strong support from his family, friends and colleagues," the RCMP said in a written statement.

All four men have been remanded in custody.

After the shooting, four suspects fled the immediate area and three were captured the following morning.

A fourth was arrested several hours later after a standoff at a home in Neepawa, about 75 kilometres by road southeast of Onanole.