2018 Will be Bigger & Better at Assiniboia Downs 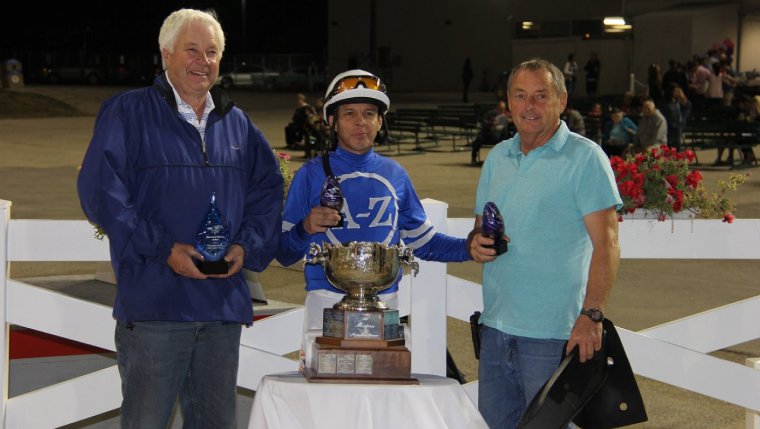 WINNIPEG, MB - Spring training is underway and Darren Dunn would like five minutes without a phone call.

The CEO of Assiniboia Downs has spent the off-season working with his staff to guarantee that the excitement and competition at Winnipeg’s world-renowned thoroughbred track will be bigger and better than ever before.

The effort seems to have worked.

“The phone has literally been ringing off the hook with inquiries from horsemen about racing at Assiniboia Downs,” said Dunn on Thursday. “By far, this is the most interest we’ve had in years.”

It’s hard to imagine that things can be better than they were last year. After all, the jockey competition between Adolfo Morales and eventual champion Rohan Singh was one of the most memorable races in Downs history. The fact that both Morales and Singh are both charismatic and courageous riders who always give bettors their best effort, made it even more intriguing. As well, the thrilling performances of three-year-old filly Escape Clause, the Manitoba-bred ho was purchased for just $3,500 at the annual CTHS yearling sale two years ago, has culminated in Escape Clause’s nomination to a $50,000 stakes race on Kentucky Derby Day, this coming Saturday, May 5, at Churchill Downs. Escape Clause won seven stakes races at the Downs last summer and was easily Horse of the Year.

Now, Manitoba fans can watch her run at Churchill Downs on Derby Day.

Meanwhile, between the jockey colony and a definite expansion of horse flesh in the stable, the 50-day 2018 meet will be outstanding.

“The jockey colony last season was considered one of the most competitive ever,” Dunn said. “To that end, we have the same lineup returning for this campaign with the exception of former multiple leading rider, Chris Husbands, who will, initially, be taking his tack to Woodbine. If he experiences success he will stay there, but the door is always open for a return.

“There are more than 200 horses on the grounds for spring training right now. The main track (visual to the public and used for actual live racing) is set to open next week, about one week later than usual due to the cooler recent temperatures. When the main track does officially open, the backstretch barns will be flooded with horses arriving from other jurisdictions set to test Assiniboia Downs for the summer.”

The live racing season begins Sunday, May 13, at 1:15 p.m. It’s a Mother’s Day afternoon of the best in thoroughbred racing and it will set the tone for one of the most competitive seasons on record at the Downs.