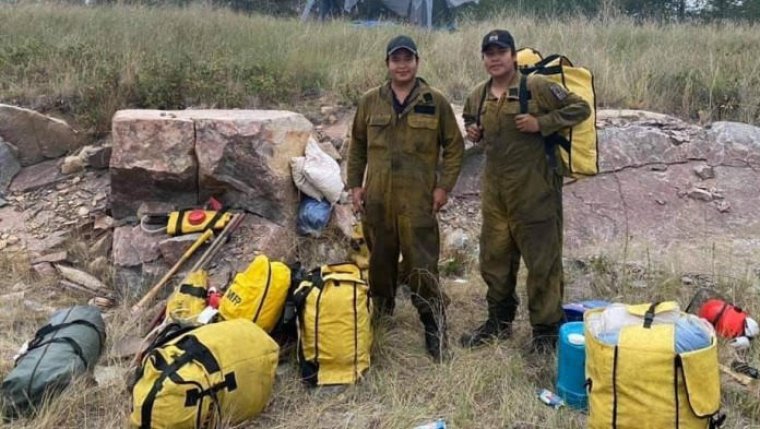 WINNIPEG - A Manitoba teen is finally following in his brothers’ footsteps as a firefighter, as his family — and home community — couldn’t be more proud.

15-year-old Cody Baptiste just might be Manitoba’s youngest among the hundreds of local firefighters, crews from across Canada, and the 100 personnel who recently arrived from South Africa to help suppress wildfires across the province.

From Berens River First Nation along Lake Winnipeg, nearly six hours north of Winnipeg, the teenager is returning after smoke and fire forced residents to evacuate to Brandon and Winnipeg in July. Along with three other First Nations in eastern Manitoba, over 2,000 people have been displaced by over 130 active fires across the province.

Just a month ago, Cody had finished a firefighter safety training program, learning how to operate water hoses and pumps. Little did he realize how soon he’d use the techniques he had learned.

The teen’s 27-year-old brother has already been a firefighter for four years, and encouraged his younger brothers, Cody and 17-year-old Brody, to look into firefighting as a career. Manitoba regulations normally allow recruits at age 16. But Cody’s mom says, despite her worries about her sons’ safety, she signed a consent form to allow Cody to be deployed. She says she wanted to foster the virtue of hard work in her kids.

Cody says he just wants to protect his elders and people in other communities in the region. Thanks to the efforts of fire crews like his — along with a few days of rain — members of most of those communities have recently been told they’re allowed to safely come back home.

Manitoba has seen over 400 wildfires this season. The average count is around 370.