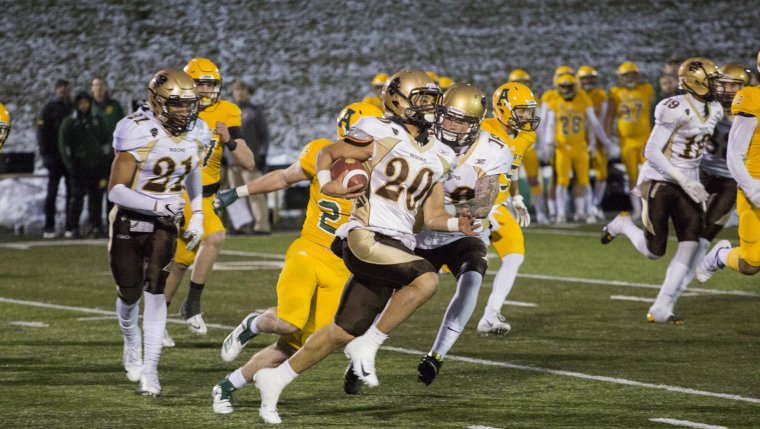 For the third straight week, a Bison football player has earned the honour of Canada West Special Teams Player of the Week. In fact, for the second time in three weeks, that player is return specialist and defensive back Marcel Arruda-Welch.

The 6'0" Arruda-Welch was crucial to a 37-27 win at Alberta in Week 4, which helped the Bisons improve to 2-2 with an important game looming against Regina. The second-year player had four kickoff returns for 82 yards and five punt returns for 114 yards, totaling nearly 200 total return yards for the road squad. His longest play was a brilliant 87-yard punt return, which brought Manitoba down to the two-yard line and set up a touchdown throw to Kent Hicks.

In his career, this is the third time that Arruda-Welch has earned the weekly honour. He also was named to it in Week 8 of the 2017 season and Week 2 of this season. Last week, kicker Brad Mikoluff was given the honour for Manitoba — setting up the three-peat.

The Bisons are now looking ahead to their Homecoming Game on Saturday, September 29, 2 p.m. at Investors Group Field. Kickoff is 2 p.m. and tickets can be purchased on Ticketmaster.University of Manitoba students and fans 17-and-under get in free.