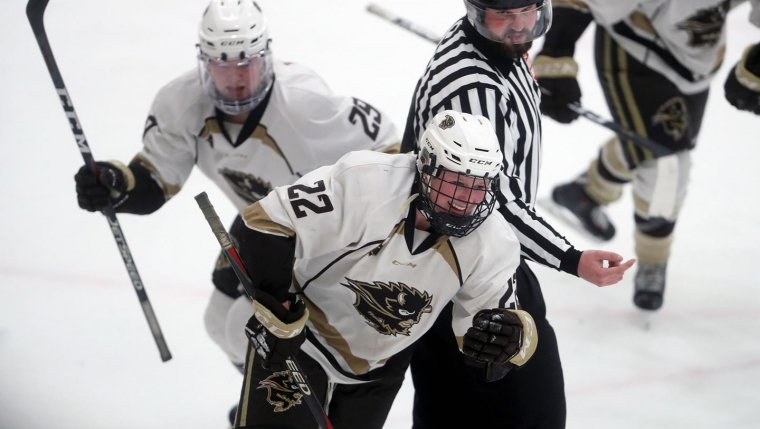 WINNIPEG— With Saturday night’s 2-1 win over the No. 3 seeded UBC Thunderbirds, the No. 2 seeded Manitoba Bisons swept the Canada West Semifinals and are headed to compete for the conference title for the second straight season.

Coming off an intense matchup from the previous night which saw it all — a called-off goal, a penalty shot and an insane last-minute goal — this game was an all-or-nothing battle at Wayne Fleming Arena for both teams.

“We weren’t willing to take no for an answer. They got a little taste of it there last year, obviously with that right there,” said Bisons head coach Sean Fisher, gesturing to the 2017-18 U SPORTS championship banner on the wall. “It was a group that wanted to get back there, and were pretty motivated to do so, willing to go through a war like they did today.”

An epic breakaway from Karissa Kirkup opened the scoring in the matchup. After a missed pass by the T-Birds, Kirkup chipped the puck past the visitors and carried it to Micklash. One deke to her backhand later, the score moved to 1-0 for the Bisons. Jenai Buchanan got the assist on the Kirkup goal.

Later in the first, UBC went on two power plays, but Manitoba’s penalty kill shut down all chances at evening the score.

“That’s a big, strong, tough physical team,” Fisher said. “They’re highly skilled, they can make people miss, and they can score goals. It was a war.”

Mere seconds into the second period, Ireland Perrott sauced the puck past Lauren Taraschuk with help from Shay-Lee McConnell. Almost immediately after the tying goal, the Thunderbirds went on a penalty kill. Just twenty seconds into their power play, the Bisons snatched the lead yet again with a scramble goal from Kirkup. Lauryn Keen and Lauren Warkentin chocked the assists on the goal that made the score 2-1.

The second was quiet after the two goals early on; a chance for UBC came halfway through as they tried to capitalize off their intense offensive play. When the home team finally cracked the puck out of the zone, they all headed for a quick change. The T-Birds were ready and waiting, gained control of the puck and headed into a three-on-zero opportunity, however, an offside call shut down the opportunity.

A scoreless third period saw several power play opportunities for the Bisons, but Tory Micklash held strong between the bars.

The Bisons will go on to face the top-seeded Alberta Pandas next weekend in the Canada West Finals.

“I’m very, very excited to have the opportunity,” Bisons fifth-year forward Karissa Kirkup said. “I’m very lucky to be a part of this great group.”

Of the clash ahead for the Bisons, Fisher said it’ll be a tough matchup.

“They’re a good team. They’ve only given up 24 years goals this year through 30 games,” he said. “We’ll have to find ways to score, that will be key for us.”

The puck drops on Friday night in Edmonton at the Clare Drake Arena, and Manitoba will be looking to repeat as Canada West champions. You can catch the best-of-three series live on CanadaWest.TV.