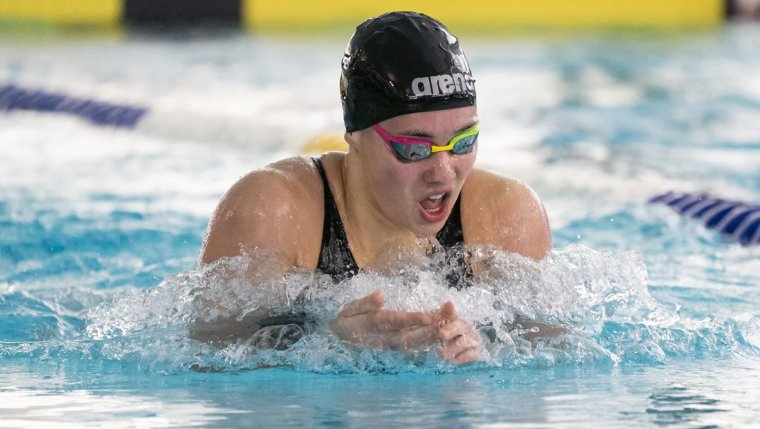 TORONTO — At the 2019 Canadian Swimming Trials in Toronto on Wednesday, Bison third-year swimmer Kelsey Wog qualified for a spot with Team Canada at the 2019 FINA World Championships, racing to a 2:22.82 in the 200-metre breaststroke final.

The time was good for silver in the event, as Sydney Pickrem won the gold narrowly with a 2:22.63. It’s also Wog’s personal best in the 200-metre breaststroke, nearly three seconds better than her U SPORTS record of 2:25.50 set back in February.

This will be the second time Wog competes with Team Canada at the senior level, following an appearance at the Pan Pacific Championships last summer. Her time on Wednesday is also under the initial FINA standard for the 2020 Olympics in Tokyo (2:25.52), which have yet to be ratified.

Pickrem and Wog didn’t just set new 200-metre breaststroke standards for Canada, though. Their times are now the top two in the world this year, as they both surpass Annie Lazor (USA) who raced a 2:22.99 at the 2019 TSP Des Moines.