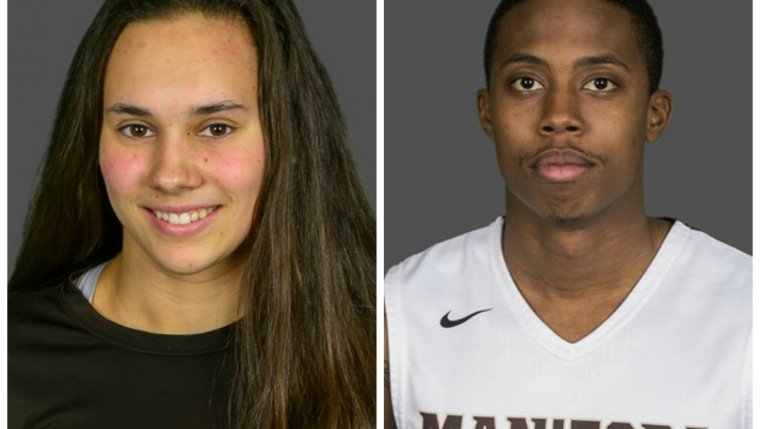 WINNIPEG — Thanks to their performances over the weekend, Kelsey Wog from women's swimming and Rashawn Browne from men's basketball have been named the Boston Pizza Bison Sports Athletes of the Week for the week ending November 26, 2018.

At the 2018 Canada West Swimming Championships this weekend in Calgary, Bison third-year Kelsey Wog continued to show why she’s one of the best varsity swimmers in the country.

For her performance, Wog was named the Female Swimmer of the Meet for the second straight year.

The Agricultural and Food Sciences student is coming off a successful summer, in which she qualified for the Pan Pacific Championships in Tokyo at the Canadian Swim Trials.

The next Bisons swim meet is the Man/Sask Short Course Championships in Winnipeg at Pan Am Pool from December 14-18. This year's 2019 U SPORTS Swimming Championships take place Feb. 21-23 in Vancouver, BC (UBC campus).

It was a tough weekend for Bison men’s basketball, as they lost two games to No. 3 ranked Calgary at home. For fourth-year guard Rashawn Browne, though, the hustle and stat lines show that Manitoba can continue to compete with anyone as the team heads to the second half.

Browne led the Bisons in points on both Friday and Saturday, starting with 17 points with six rebounds, four assists, and two steals on Friday – accounting for nearly a third of the team’s points.

On Saturday, Browne led the Herd again, scoring 16 of this team’s 55 on the night. Browne added six rebounds, four assists, and two steals in his 27 minutes of play.

The Toronto native, in his fourth year, is now third in Canada West in assists per game with 5.4, while his 17.9 points per game is in the top ten for the conference.