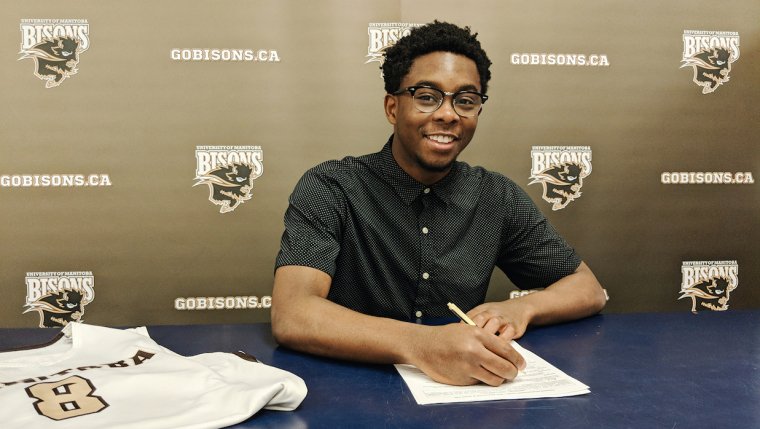 WINNIPEG - Mark Tachie is a 5’10” Point Guard who played for Team Manitoba and St. Paul's in Winnipeg.

Here's what Bison men’s basketball coach Kirby Schepp said about Tachie. “Mark has proven himself both on the court and in the classroom. He is an extremely talented young man that has the ability to be a very successful U SPORTS basketball player — he’s been the top guard in Manitoba the past two years and is a product of our Junior Bison club team. We are very happy to add such a terrific, home-grown talent to our program.” 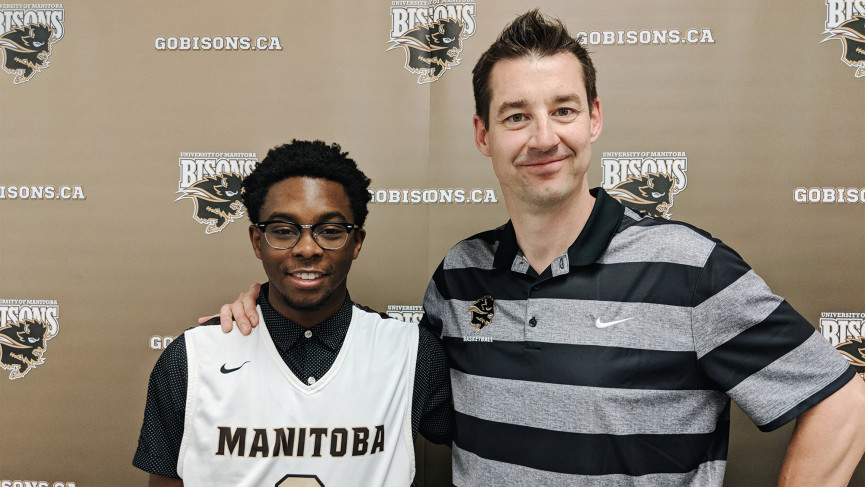 Tachie, 18-years-old, is a 5’10” who played for the St. Paul’s Raiders. Tachie played a critical role in the Raiders’ AAAA boys’ provincial championship, scoring 18 points in the title game versus Vincent Massey and named MVP of the Final Four tournament.

Tachie has also had a successful run with Team Manitoba, playing on the team at the 2017 Canada Summer Games in Winnipeg and named a provincial All-Star in his Grade 11 year.

“I am ecstatic about my future with the Bisons, it’s been a goal of mine to play at a high level and this is an opportunity to do so,” said Tachie. “I also cannot wait to grow as a basketball player but also as a person in the Bison basketball program.”