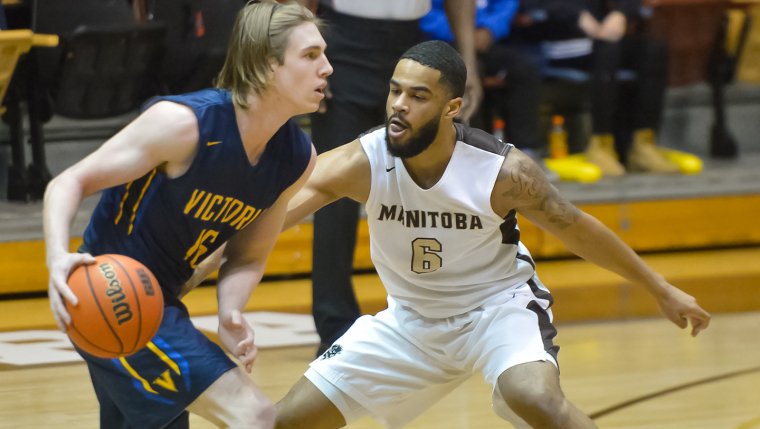 WINNIPEG - Both Bison basketball teams, women and men, will start their season on the road, travelling Highway 1 to play Brandon on October 26th and 27th.

Then the teams are back on the court Friday, November 2, to play their home openers versus the Mount Royal Cougars at Investors Group Athletic Centre (IGAC). They follow that up with another home series versus the UBC Thunderbirds (Nov. 9-10). For the Bison men, it’s a rematch of the 2017 Canada West quarter finals, where UBC won the best-of-three series 2-0.

After a conference bye week on December 1-2 and the annual holiday break, both teams will be road warriors to start the second half. The Bison men and women will play Alberta on January 4-5, before travelling further west to Prince George for a weekend matchup with the University of Northern British Columbia (UNBC) Timberwolves (Jan. 11-12).

To finish the season, the Bisons will play a home-and-home weekend against the University of Winnipeg Wesmen. The first leg, on Jan. 31 at the David F. Anderson Gymnasium (U of Winnipeg), will be the basketball portion of the 28th annual Duckworth Challenge.

Then, on February 2, the two teams meet at IGAC as part of Manitoba’s Super Saturday, where basketball, women’s hockey, and track and field are all in action on the University of Manitoba campus.

The Canada West basketball playoffs begin on February 8-9, with the top 12 teams (ranked by RPI) qualifying for a play-in round. The quarter finals follow, with the Canada West Gold Medal Game arriving on March 1 or 2, 2019.