Athletes of the Week are Dylan Schrot & Veronica Vetesnik 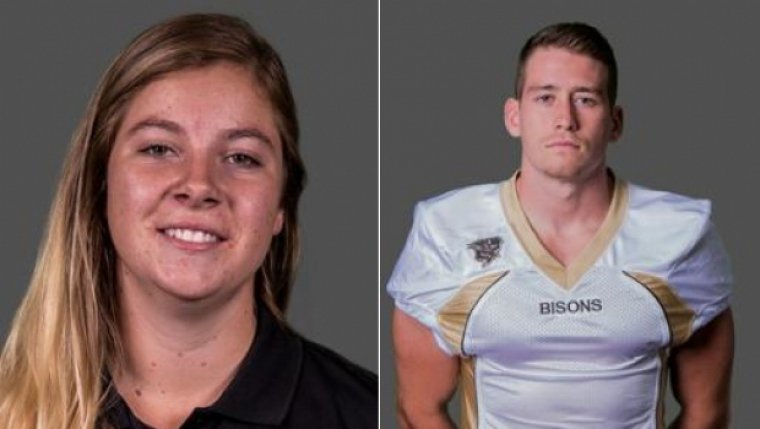 A Bison loss to UBC wasn't the start the team wanted, but fifth-year receiver Dylan Schrot still made headlines with his Week one performance.

Schrot hauled in a game-high 142 yards and a touchdown on nine receptions, with 83 of those yards coming in the first quarter. His hot start allowed Manitoba to march up the field twice in the first fifteen minutes, although both drives ended in field goals.

Schrot's touchdown came later in the game, as Manitoba was looking to mount a comeback. Early in the fourth (9:22 left), he grabbed a 21-yard pass from third-year quarterback Des Catellier to get Manitoba within three points of the Thunderbirds. Ultimately, UBC was able to add a score and hold on.

Schrot, a graduate of Sisler High School, last played for the Calgary Colts.

he Bison women's golf team competed in the College of Saint-Benedict Invite last weekend. Second-year Veronica Vetesnik finished in 13th in the individual standings at the Invite, shooting +16 (77, 83) over two days — the low score for the Bisons. That first day 77 was also bettered by just six golfers on the course.

Vetesnik, now in her second year with the Bisons, was a former junior provincial golfing champion. Earlier this summer, at the Canadian University/College Championship at Chilliwack Golf Club (BC), Vetesnik finished sixth overall, shooting a consistent 76, 73, 76, and 76 over four days.