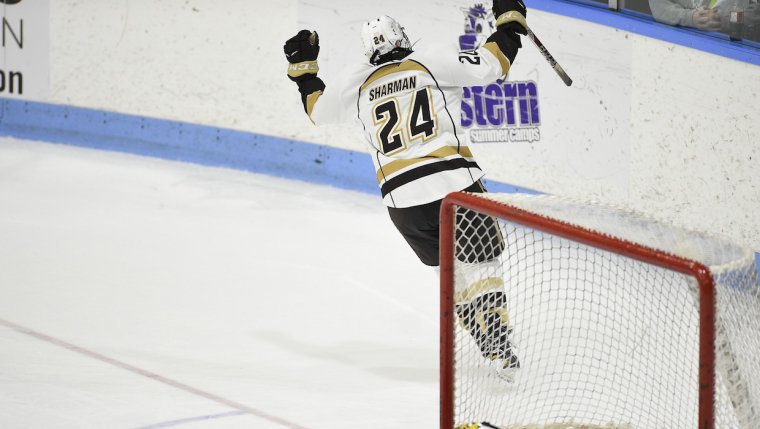 Sharman will be one of 20 U SPORTS All-Stars participating at the event in Calgary from August 2 to 11, 2018.

Sharman, who is entering her fifth year with Manitoba in 2018-19, was selected as one of the best female hockey players in U SPORTS. It’s the third year that U SPORTS will have an All-Star team at the Summer Showcase, where they’ll play two games against Hockey Canada’s National Women’s Development Team and two against Japan’s national women’s team. Sharman was also a selection in 2016, the first year U SPORTS fielded an All-Star team.

In 2017, the U SPORTS All-Stars finished with a 2-2 record, including their first win over the National Women’s Development Team. This year’s Summer Showcase will be held at WinSport in Calgary’s Canada Olympic Park.

“I’m super excited to be heading out to Calgary,” said Sharman. “I’m looking forward to playing with and against some of the top Canadian athletes. Hopefully it’ll be an opportunity to learn and have some fun as well.”

Sharman played a critical role in Manitoba’s run to the program’s first national championship in 2017-18. The 5’8” winger had 20 points in the Canada West regular season (three goals, 17 assists), good for fourth in the conference. Sharman was sixth in the conference with 0.71 points per game. She played in all 28 of Manitoba’s regular season games, plus all eight playoff games.

In the 2018 U SPORTS Women’s Hockey Championship, played at Western University, Sharman had three points (one goal, two assists) in three games.

Watch highlights from Manitoba’s national semi-final vs. Concordia, where Sharman had an assist and a shootout goal.

“Alanna’s selection to this camp is a direct reflection of the time, commitment, passion and energy she commits to the game of hockey,” said Sean Fisher, assistant coach of Bison women’s hockey. “The Bison women’s hockey program is incredibly proud of all of her accomplishments. I know Alanna would be the first to thank her teammates in this selection for the unwavering support they provide her daily. I know she will represent our program and institution well and I wish her the best of luck against our nation’s top athletes.”