Zamboni Racing Was Included in the 1988 Calgary Olympics - True of False? 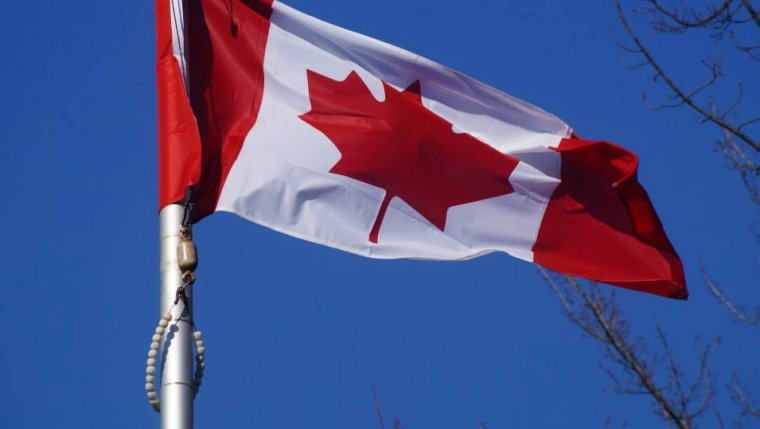 True or false: Canada’s history is rife with colourful anecdotes and fun facts that a majority of residents simply don’t know about.

True, of course, at least according to a poll released today by Historica Canada.

The organization behind the country’s Heritage Minutes compiled a list of 30 statements framed as bits of Canadian trivia and asked respondents to say whether the statements were true or false.

The survey found 62 per cent of those who took the quiz did not pass, suggesting Canadians were largely unaware of some captivating anecdotes.

Or the time the Montreal Canadiens lost the Stanley Cup on the side of the road while changing a tire, only to find it later.

The majority of respondents were also unable to pick out the tallest Canadian tales, falsely believing that Zamboni racing was included in the 1988 Calgary Olympics as a demonstration sport.

Anthony Wilson−Smith, chief executive officer of Historica Canada, said the light−hearted poll should not be used as a bellwether for Canadians’ knowledge of their own history. It should, however, stand as a reminder that fun facts can lay the groundwork for more in−depth historical exploration.

"A lot of this goes to the root of people saying that Canadian history isn’t as interesting as that of any other country," Wilson−Smith said in a telephone interview. "That’s true in the sense that we haven’t had a revolution and our wars have been off our soil. But it ignores the fact that there are no end of interesting people and events that people just don’t know enough about."

While participants in Saskatchewan and Manitoba fared the best, 53 per cent of them still could not manage a passing grade.

Age made little difference, although respondents between 18 and 34 had only a 59 per cent failure rate compared to 66 per cent among those 35 to 64 and 60 per cent for those over 65.

The online poll was conducted between June 13 and 15. The polling industry’s professional body, the Marketing Research and Intelligence Association, says online surveys cannot be assigned a margin of error as they are not a random sample and therefore are not necessarily representative of the whole population.

Wilson−Smith conceded that some of the questions were fairly obscure, though even those that have had recent moments in the cultural limelight stumped the bulk of those who took the quiz.

Despite the resurgence in popularity for superhero franchises in general and the "X−Men" brand in particular, only 48 per cent of respondents knew that primary character Wolverine had a Canadian backstory based on his birth in Alberta.

Only 36 per cent of survey participants knew that A−list actor Kiefer Sutherland was the grandson of Tommy Douglas, widely viewed as the father of universal health care.

Respondents performed worst on questions focusing on history or sports, Historica said, citing the fact that only 33 per cent knew that the electric light bulb was originally invented by two Canadians who sold the patent to Thomas Edison.

Only 24 per cent of those asked recognized the truth behind hockey legend Paul Henderson’s uniquely Canadian back story. The hero of the 1972 Summit Series was born in a sleigh on Lake Huron.

Participants were quicker to spot the true statements among general knowledge questions, however, with the majority knowing that Canada produces roughly 80 per cent of the world’s maple syrup and that Ottawa’s Rideau Canal becomes the world’s largest skating rink when winter temperatures set in.

If the world has failed to give Canada its due for being the home of the jock strap and the Wonderbra, it’s not alone — 53 per cent of quiz−takers didn’t do so either.

Past Historica surveys suggest knowledge gaps in Canadian history are not confined to the kind of questions one might find in a game of Trivial Pursuit, which is itself a Canadian invention.

At least 44 per cent of those polled in one previous survey could not name 2017 as the date of Canada’s 150th birthday, while only two in five of those asked in another knew that Sir John A. MacDonald was the country’s first prime minister.

Wilson−Smith said he hopes tidbits of national trivia may peak people’s interest in their own heritage and prompt them to take a deeper dive into Canadian history as a whole.

"Where is it written that history cannot be fun? History becomes that way when you learn really engaging facts about people and events," he said. "In and of themselves they won’t teach you everything you need to know, but these things open the door to saying, ’I want to learn more.’"