Love-Struck Man May Get Free Flights From Air Canada 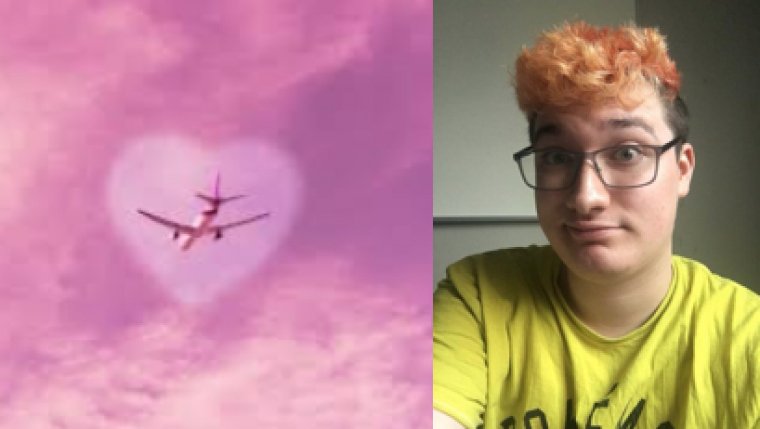 ST. JOHN’S, N.L. — A love−struck Michigan man has convinced Air Canada to give him free tickets to visit his Newfoundland girlfriend — if he can manage to make his campaign go viral.

C.J. Poirier of Clarkston, Mich., met Becca Warren of Corner Brook, N.L., online last year, but neither can afford a flight to meet.

So Poirier took to Twitter, asking Air Canada how many retweets it would take for free roundtrip tickets. 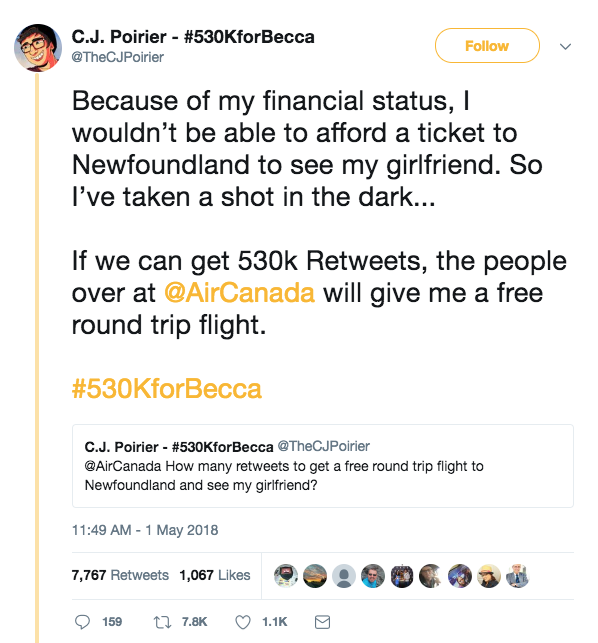 Air Canada responded Tuesday by asking what the population of Newfoundland was — and said it would take that many.

He told The Canadian Press that he has been surprised by the reaction, but the outpouring of support has made him and Warren optimistic that the dream trip could finally happen.