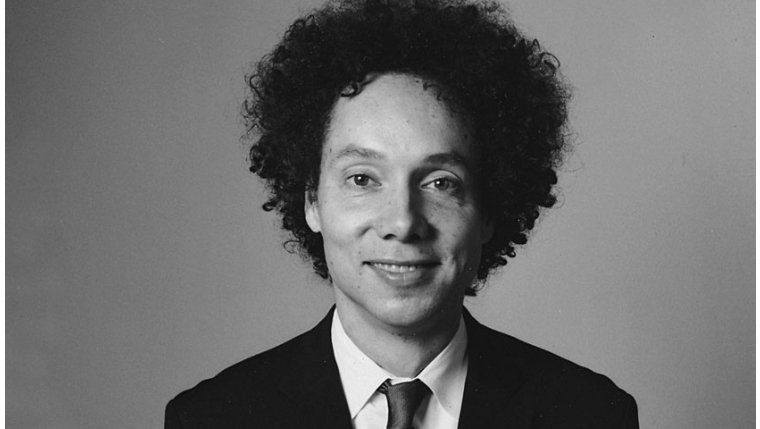 WINNIPEG, MB - In January 2013, I had the unique pleasure of hosting Malcom Gladwell and being his chauffeur during his visit to the northern City of Fort McMurray, Alberta. Getting him to do an event in the far north is a story in itself. But that will have to wait for another day.

Gladwell is Canadian, but leading up to his visit, we spent a good bit of time talking about what he would need to wear on his northern adventure, in January. But he was an awfully good sport. Once the event was confirmed, I spoke to Gladwell a number of times to set the stage and to prepare him for the place he'd visit, and his audience he would speak to.

That curiosity and inquiry led to an engaging two hour long set at McDonald Island, a large recreation complex in Fort McMurray. On a cold January evening, more than 1500 people turned out to listen to Gladwell. If you have ever heard him speak, Gladwell is engaging, funny and has a unique ability to relay important messages through simple stories and examples. That is his talent.

As Gladwell took the stage in front of his audience, the stories he narrated wove in familiar issues and things his audience would be familiar with. And as he told his stories about spaghetti sauce and American tastes in coffee, his underlying message became clearer. And to many civic leaders, business owners and entrepreneurs in the room, he redefined marketing and helped his audience gain an understanding consumers; whether of products and services or as citizens using government services.

He suggested that people often "mislead" when they express their tastes and preferences. What they may actually want is replaced by what they think is the correct or more desirable preference. When asked, Americans will say they like their coffee bold and flavourful. Turns out they actually like their coffee, weak, milky and sweet. When asked about the design and layout of their cities, planners will commonly be told about a yearning for blue skies and wide-open spaces. That sounds idyllic but turns our citizens seldom gather at these places except for major public events. To the contrary, they gather in crowded, close quartered places in large numbers.

Gladwell told the story of Manhattan's Bryant Park; America's largest open-air drug market in the 1980s. Turning the Park into one of Manhattan's jewels took the boldness of bringing the street's bustle into the park rather than the unwelcoming seclusion it offered. The ideas deployed were contrary to conventional thinking but they worked marvellously.

The essential point is that those who rely on initial feedback from a target audience about preferences without digging deeper, do so at their own peril. They are at high risk of designing products and services or allocating public expenditures to projects that will most certainly fail. For private firms, products and services will find no favour in the market. And this oversight is how the public sector ends up with proverbial white elephants.

Why does this happen? Most often, policy makers and private enterprises fail to ask the right questions. Or, they are simply tone deaf to information that conflicts with their certain belief in their own ideas. A myopic 1980s Winnipeg decided a monster mall on Portage Avenue would lead to downtown revitalization. It did anything but. Two decades later, Winnipeg is struggling to repurpose a mall with mostly empty stores.

Many people take marketing and advertising to be synonymous. They are not. Marketing is an exercise in designing a product or a service to satisfy a legitimate unsatisfied market need. Understand the niche correctly and design the right value adding product or service and viola, marketing magic follows.

Famously, New Coke and the ill-timed launch of the Ford Edsel failed to understand what the market was telling them. In Coke's case, consumers were perfectly happy with the Coca Cola they were drinking and Ford failed to see the shift in consumer preferences to smaller, more economical vehicles.

So, what are the lessons for the business executive or public-sector officials? First, ask the right questions. Then listen and listen some more. And ask again to validate what you heard. And even when you think you have heard correctly, be ready for the fact that people often give misleading answers. They may say open spaces but they might mean patios and side walk café's full of diversity of tastes, smells and experiences. Have the courage, patience and savvy to filter through the noise.

A further note for business leaders; just because it's your idea, does not make a good idea. Park your ego and remember the product/service launch field is littered with failures. Many products and services started with someone thinking they had a good idea.

It turns out avoiding the product failure graveyard boils down to a little less ego, a lot more listening and a healthy dose of scepticism. Happy listening!