Bear No Match for This 95-Year-Old BC Woman 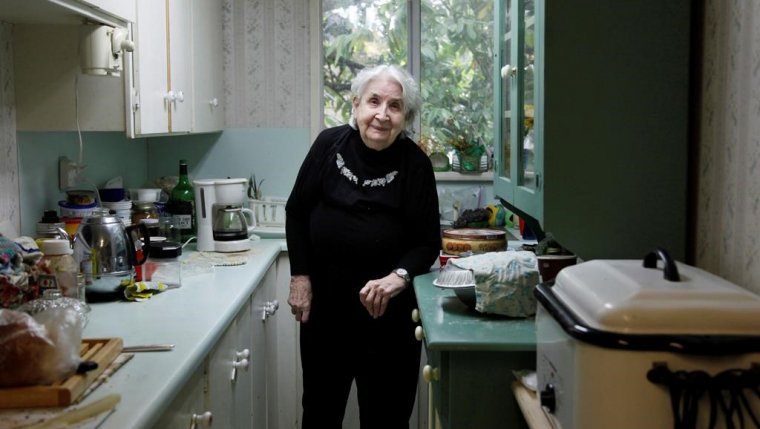 UNION BAY, B.C. — Anna Stady has never met a bear she didn’t like, but that doesn’t mean she wants one in her kitchen.

The 95−year−old Vancouver Island woman says she shooed a black bear out of her home twice in one day last week.

"I was sitting in my library watching television and I heard a noise in the kitchen and went in there and there was a bear. So I told him to get out," she said in a phone interview from her Union Bay, B.C., home. "And he did."

Stady stuck around to watch the bear leave and delivered some more tough love when it started taking its time in the yard.

Stady went back to her television program, but it wasn’t long before she heard another noise in the kitchen.

When she returned, she found the bear poking around under her baking counter and saw the sugar bin had been knocked over on the floor.

She told the bear to "beat it," and when he just looked at her again, she told him that she meant it and to get out.

This time, she closed the door behind it on its way out, she said. Her small home of 50 years is near the water and she had left the door open to let some of the ocean breeze in.

Stady said she’s met plenty of bears in her life because she once worked as a cook in logging camps across western British Columbia.

As part of the job, she often had to chase the bears away from the garbage, she said.

She described this one as a beautiful young black bear.

"He was beautiful and healthy and shiny," she said.

Stady said she hopes that conservation officers don’t catch the bear if it means they will kill it. But she said she’s been heartened to hear some dogs barking more than usual since the incident.

"I think the dogs are chasing him away."

The B.C. Conservation Officer Service warned that a bear that gets inside a house poses a "significant public safety threat," because it is confined, may have no immediate escape route and, therefore, may be extremely unpredictable if startled.

"During hot summer weather, if doors are left open for ventilation, extra care should be taken to make sure there are absolutely no attractants available that a bear might find tempting," it said in a statement.

If a bear comes inside your house, the conservation service said you should retreat to a safe room and call 911 or contact a conservation officer at 1−877−952−7277.

— By Amy Smart in Vancouver