Alberta Farmer Who Wants a Wife Looks to Belgium 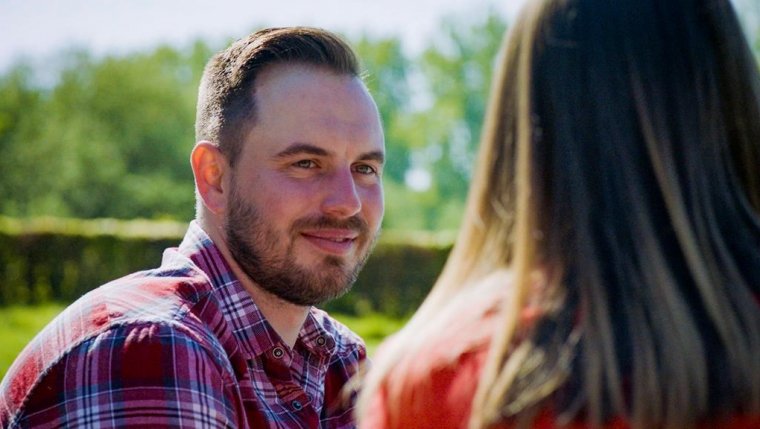 The 28−year−old winemaker is one of five farmers from around the globe vying for the hearts of Belgian women in the show that echoes the long−running North American series "The Bachelor" and its spinoffs.

"Boer Zoekt Vrouw," which translates to "Farmer Wants a Wife," has been on the air for about 10 seasons but its latest series stars bachelors in other countries who are originally from Belgium. Besides Bjorn from Canada, there’s Jitse, who runs a therapeutic care farm in Norway; Jeroen, a dairy farmer in Germany; Manu, an olive farmer in South Africa; and Jan, a cowboy in Australia.

"They roll up their sleeves, have a passion for their business, but they lack that nice Flemish woman," says the show’s website.

Filmed earlier this year, the show just started airing this week on the VTM network. Bonjean says he’s sworn to secrecy on the outcome set for November.

"I can’t tell you if it ends with a proposal or not," he says. "It’s not like ’The Bachelor’ ... The entire idea is to give the opportunity of something happening. But there’s no expectation of a proposal or even a relationship after it."

But Bonjean did reveal that he’s happy.

"I’m happy with the choice that I’ve made."

Bonjean was seven when his family moved to Canada from Grobbendonk in northern Belgium. They now run Spirit Hills honey winery near Millarville, southwest of Calgary. Bonjean is head winemaker, using honey from the farm’s own beehives to create various wines and sangria.

The show’s producers originally wanted both Bonjean and his sister to be part of the season, as bachelorettes have been featured in some versions of the show. But she was dating someone and didn’t speak Flemish or Dutch as well as her brother, said Bonjean.

He was also dating someone at the time and turned down the offer. Months later, after a break up, he agreed to join the show.

Bonjean said it’s nothing like "The Bachelor." There are no rose ceremonies. And there’s little drama.

After airing profiles of the five farmers, 1,500 women sent the show photos and letters. About 150 wanted to meet Bonjean.

In the first episode, the bachelors travel to Belgium and, after putting on black eye masks, are lead into a horse riding arena and onto a stage of hay bales before a crowd of screaming women.

They each meet 10 women in a speed−dating round and, after choosing five, go on an afternoon group date. They then select three to bring back to their home countries.

Bonjean said it was awkward at first talking with potential partners while cameras were rolling, but he got used to it. He also used his trip to Belgium to visit with his grandmother and meet with wine importers, who agreed to market Spirit Hills in the country.

"We chose Bjorn Bonjean as he’s good looking, in a good age category, and he runs a lovely, organic farm on a magical place on Earth," the show’s story editor, Katrien Geens, said in an email.

She also refused to hint at whether he finds love.

"How it ends, remains a secret, until aired."