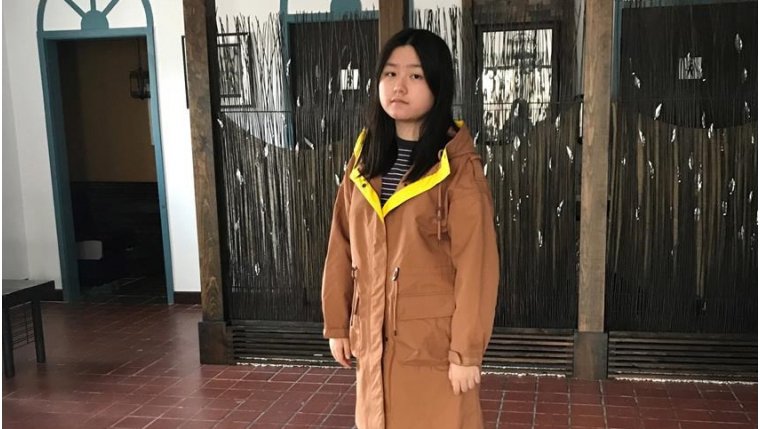 At 7 years old, Xie knew how to add, subtract and multiply negative numbers and decimals, while her classmates were just learning basic patterns and shapes.

"I was surpassing them in terms of the amount of knowledge I knew," Xie said in a phone interview.

Xie had learned to read and write Mandarin at just two years old, before her family moved to Charlottetown from China.

Now, at 13, Xie has just wrapped her first year at the University of Prince Edward Island.

The mature, friendly and soft−spoken teen was just 12 when she began her university studies — and is on track to finish a biology degree before she can get behind the wheel of a car.

So far, university has been a breeze for Xie: She finished her first semester with grades above 91 per cent.

"I was expecting a bit more stress than high school," Xie said. "Sometimes I find [in university] there was too little to do."

When she wasn’t cramming for exams, Xie said she read ahead. She picked up a couple of credits for a minor in anthropology. And she made a few friends on the way.

Larry Hale, an associate professor of biology at UPEI who taught Xie last semester, said she seemed no different than any other new student.

"It did catch me off guard when I met her," said Hale. "She just really came off as a regular graduate out of high school. She has a very mature demeanour about her."

Despite being incredibly advanced for her age, Xie says her childhood wasn’t that much different from other children.

But instead of playing sports like her classmates, Xie said she spent most afternoons in the library. She likes reading, painting and drawing, and ping pong. She went to birthday parties and fundraisers with her older friends.

Xie says her love for learning came from her grandmother, a high school biology teacher.

"She taught me, at a very young age, material from junior high. And she did all this without me knowing. We’d go to the park and she would make up a game and I wouldn’t even know that I was learning."

Xie said her parents never pressured her to get ahead in her studies.

"As long as she stays on the right path, it doesn’t matter to me. I want her to be healthy, be happy and have some form of contribution to society," Hai Yan Jiang said in a phone interview in which Xie served as translator.

Her parents, Xie said, have been supportive of her drive to seek knowledge. Her only obstacle: P.E.I.’s public school system.

Despite Xie’s excellence in all subjects, she said school officials were concerned that she wouldn’t keep up socially with her older peers if she were to skip more than one grade.

It was Xie’s idea to skip grades, but she said her principal preferred to discuss it with her parents instead of her.

"The principal definitely enjoyed listening to my parents’ voices instead of mine."

Her frustration remains palpable. In December, she wrote to the Charlottetown Guardian newspaper to call for a more flexible system.

"Imagine you are playing an exciting video game. You defeated the boss and are ready to move onto the next stage. However, you discover that the game requires you to wait until every other player has finished. Imagine the boredom you would experience and the loss of desire to play afterwards," she wrote.

"In our current educational system, this is how it works."

She said that if kids are to believe the sky’s the limit, they should be allowed to fly when they’re ready. The school system, she said, should be more open to grade−skipping.

"I was profoundly bored throughout my early grades; concepts came relatively easy to me, and I waited through grades instead of learning. Although being accelerated one grade forward was simple, further advancement was near impossible. After a while, my interest decreased exponentially," she said in her letter.

When she started Grade 1 in Charlottetown, Xie says she demonstrated better self−awareness than her classmates and understood advanced mathematics.

Near the end of the year, she learned how to read and write in English through the school’s ESL resource. She started to excel in all her classes and by second grade she felt more knowledgeable than her classmates.

By Grade 4, Xie decided she needed to move her education along.

Xie said she moved with her family from P.E.I. to Halifax to attend a private school where it was possible for her to skip fourth grade. After several tests, Xie says teachers placed her in Grade 8.

After a brief high school career in British Columbia while staying with her older sister, Xie returned to P.E.I. to attend university, where she hopes to gain the skills to become a veterinarian while still a teenager.

She turned down an offer from the University of Victoria because of UPEI’s "outstanding vet program."

Xie still holds on to parts of her childhood, like her favourite book, "Alice in Wonderland," and her stuffed animals. But she said she hasn’t had a problem fitting in with her much older peers.

After attending classes with 18−to−22−year−olds, she’s managed to make a few friends.

"Most of them have graduated and have found work already," she said. "And they don’t really party much, so I don’t feel left out."

— By Fadila Chater in Halifax