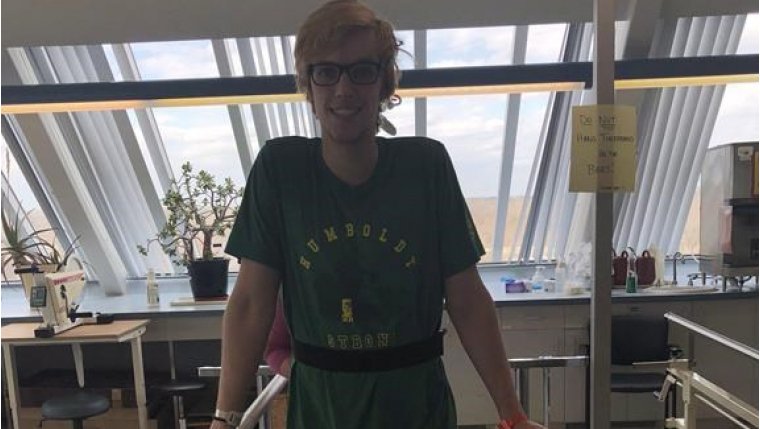 SASKATOON — One of the Humboldt Broncos hockey players injured in a bus crash that killed 16 people has been released from a Saskatoon hospital and plans to graduate from high school later this month.

Xavier Labelle, an 18−year old defenceman from Saskatoon, suffered a fractured skull, a concussion, internal bleeding and 20 broken bones on April 6 when a transport truck collided with the junior hockey team’s bus.

Ten of his teammates were among the dead, and 13 people were injured.

Labelle said in a statement it was an honour to get to know those who died in the crash.

Labelle said he’s still recovering from his injuries, but that he’s feeling better every day.

"I have nerve damage impacting my legs and my left arm," he said. "I have no recollection of the crash, or for about two weeks after.

"In the early stages of my recovery, I needed help to sit up — help to do all the things we take for granted, like eating and brushing my teeth. It was awful, but today I am able to walk and look forward to eventually running and skating."

Labelle said he’s been tutored by his teachers to help him finish his high school diploma, and will graduate from Ecole Canadienne−Francaise in Saskatoon at the end of the month.

It was initially thought that Labelle had died in the crash, but it turned out he had been mixed up with another player.

His family has said they hold no ill will about the error, and Labelle thanked those who helped the Broncos "at the chaotic scene of the crash and in the immediate aftermath."

He also thanked everyone who helped and visited him at the hospital.

"You all gave me the strength and courage that I needed to start healing and feeling better," said Labelle.