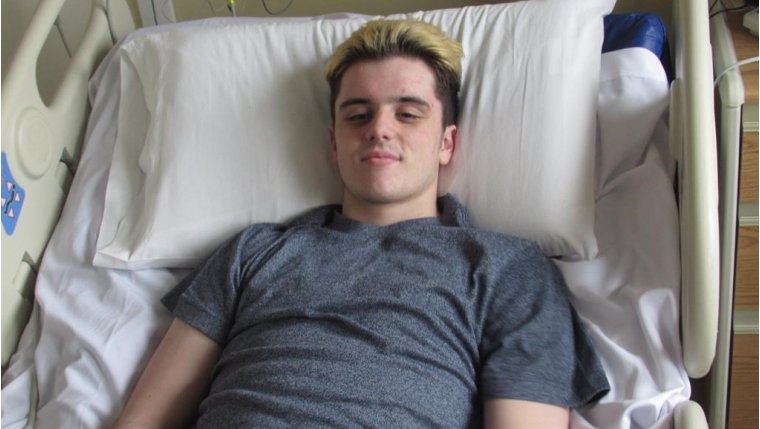 CALGARY — A young hockey player who was paralyzed in the Humboldt Broncos bus crash is heading to the United States for specialized spinal treatment.

Ryan Straschnitzki, who has been getting physiotherapy twice a day at Calgary’s Foothills Medical Centre, is scheduled to board a medical flight Wednesday for Philadelphia, where he will continue his rehabilitation at the Shriners Hospital for Children.

"The Shriners reached out a couple of weeks ago," said Ryan’s father, Tom Straschnitzki. "He offered to have the Shriners make Ryan a Shriners Kid so he could go to Philly for spinal rehab there instead of staying here.

"It’s a big time boost. He’s very excited. It’s fantastic news. We haven’t been there but we’ve heard about it, so you’ve gotta try it."

The 19−year−old was paralyzed from the chest down when a bus carrying the Saskatchewan junior hockey team was in a collision with a semi−trailer on a rural highway April 6.

"They still have to assess when we get there. It’s just better. There’s more advanced technology than here," Tom Straschnitzki said.

"When the Shriners ask you and are going to do this for you, I don’t think you say no."

A private plane, equipped with a paramedic and a nurse, will accompany Ryan and his father to Philadelphia. The Shriners are covering the cost of the trip and the treatment.

Straschnitzki said his son will be in Philadelphia for between six to eight weeks. His life is likely to change once again when he returns to Canada.

"He should be going home by then," his father said. "Once he can do it on his own, they’ll send him home, and then he’ll do rehab here in Calgary."

Ryan Straschnitzki was badly hurt in the accident: he suffered a spinal injury, broken ribs, a broken collar bone, a punctured lung and bleeding in his head and pelvis.

The collision is still being investigated.

The Broncos were on their way to a playoff game. Sixteen people were killed and 13 were injured. RCMP have only said the truck was in the intersection when the crash occurred.