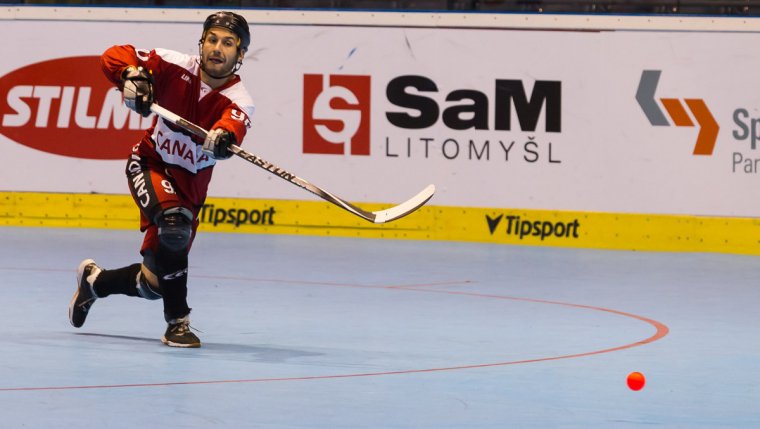 WINNIPEG - The National Ball Hockey Championships are coming to Winnipeg and Team Manitoba has pledged to take a run at the national title no matter the level of play and no matter how tough the opposition.

From April 6-11, 2018, Bell MTS Iceplex and Keith Bodley Arena will be the home to the very best competition in the country as the Canadian Adult Ball Hockey Championships will crown champions at all four levels of play – Adult Men’s and Women’s and Masters’ Men’s.

And anyone in Manitoba with the skill and desire can represent our province in men’s, women’s and masters’ competition. In fact, it’s a great opportunity for the province’s best ice hockey players to take a shot at Canada’s great summer game.

However, there is one small catch, but it’s certainly not a problematic catch. In order to be eligible for Team Manitoba – if you’re good enough, that is – you need to play at least three games in a Manitoba Ball Hockey Association league. And really? What could be More fun than that?

“The tryouts are absolutely open to anyone,” said Team Canada general manager Jeff Dzikowicz. “But the player must play a minimum of three games in a Manitoba Ball Hockey Association league in order to be eligible for Nationals. So, for instance, if an ice hockey player tries out and makes it, we’ll find him or her a team to play on and they must play three games.”

And Team Manitoba is very serious about finding this province’s best players. Talk to Manitoba’s Masters coaches for 2018, Pino Pisano and Paul Sobie, and there is a commitment to excellence like no other in the country.

“One thing that will always hold true is the pride we have in our hearts for our province,” the coaches said. “If we build a team around this pride, there’s no telling how far we can go.

“We’re not looking for the best ball hockey players, we’re trying to build a team around the best characters and athletes, and above all individuals who share this Toba pride.”

If you’ve got it, if you’re older than 18 (Men’s and Women’s) or 37 (Men’s Masters), if you love representing your province and you love hockey – no matter its form – there is a place for you on Team ‘Toba.

“That’s our emphasis,” said Dzikowicz. “We want to find the very best players at every level and win the national championship. We can’t emphasize enough that everyone is eligible to try out.”

Al Mendes, the Winnipegger who is also Canada’s national women’s coach, is excited about the prospect of Team Manitoba’s women competing for national gold once again.

"We’ve been rebuilding this program for a few years now with some young players with potential and now with some returning top end veterans,” Mendes said. “With these players, having now developed, we are really expecting a competitive open tryout and in the end to compete for a championship.

“In 2009 when we last hosted, we lost in the gold medal game. We are really aiming to put a team on the floor that gets us back to that level and hopefully on the other side of ledger. Having worked at this program for several lean years we are really thinking that our chance to host is going to allow us to field a top level team.”

For Ray Cook, the head coach of Team Manitoba, there is nothing more fun than playing a national championship tournament at home. It is also a great opportunity to play in front of family, friends and fans who can push a great team to the top of the podium.

"We’ve been one of the top teams in the country over the past five years,” Cook said. “We’ve won a silver and a couple of bronze medals and had some really tough luck in the past two years, but we are one of the teams on everyone’s radar. Hosting the tournament this year gives us a chance to get our best players on the floor, and our fans behind us. We expect a pretty good turnout to the games like we had in 2009, and we expect to compete for our first national championship in more than 30 years. We are excited, focused and cannot wait for the open tryouts.”

Remember, the age requirement for the provincial Men’s and Women’s teams is 18-plus and for Masters’ Men it is 37-plus.

So if you love hockey and you’ve dreamed of representing your province at a National Championship event, come on out to the open tryouts in May and June. You could be wearing a Team Manitoba jersey in August when the Canadian Adult Ball Hockey Championships return to Winnipeg.

Tryouts based on these dates and league scouting.