Surviving Humboldt Broncos Together Again for First Time Since Crash 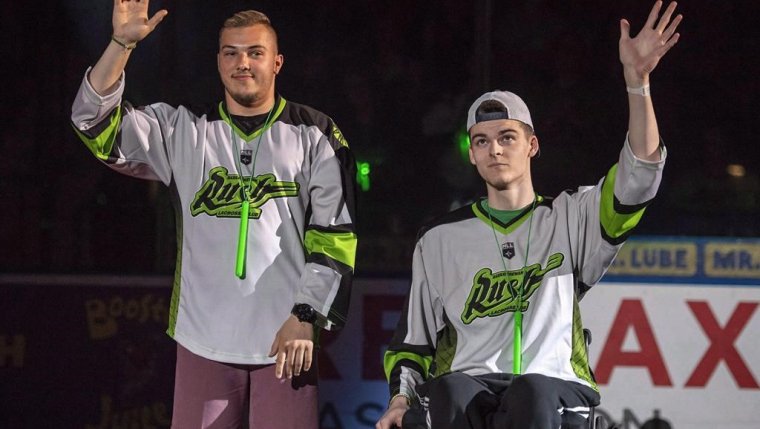 HUMBOLDT, Sask. — Ten of the 13 survivors from the Humboldt Broncos bus crash are in Las Vegas this week to attend the NHL awards.

Some of the players who boarded flights in Saskatoon on Monday said they expected an emotional trip.

“It’s just going to be great to see everyone,” said Xavier LaBelle, who was released from Saskatoon City Hospital on June 6. “It’ll be pretty emotional, but we’ll be there for each other.”

The NHL has said it will honour the Broncos, as well as first responders at the crash, during Wednesday’s awards ceremony.

The players are also hoping that their head coach, Darcy Haugan, will be the recipient of the inaugural Willie O’Ree Community Hero Award. It recognizes someone who, through the game of hockey, has improved his or her community, culture or society.

Haugan was one of 16 people killed after the team’s bus and a semi−trailer collided in rural Saskatchewan in April.

"Just the recognition that he’d get for being the type of person that he was," said Broncos player Brayden Camrud, who had minor injuries in the crash. "It would be awesome to see.

The other three of the 13 survivors are not able to attend the ceremony.