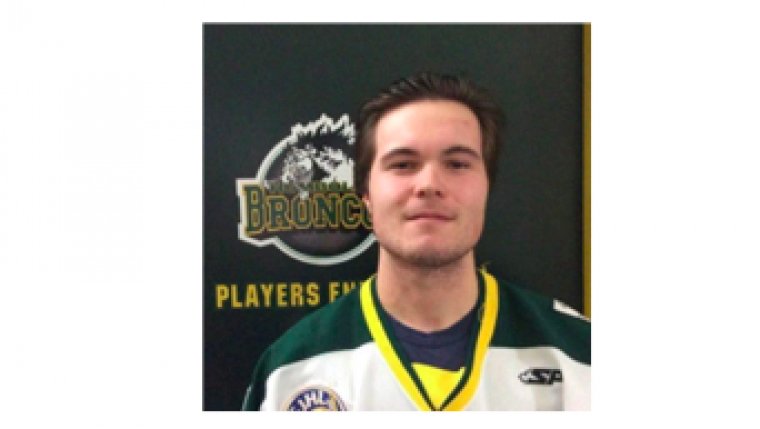 ST. ALBERT — Former National Hockey League player Chris Joseph wants people to remember his son for his love of hockey and the smile he brought into every room.

Jaxon Joseph, 21, was one of 16 people who died last spring when the Humboldt Broncos junior hockey team bus and a semi−trailer collided at a Saskatchewan intersection on the way to a playoff game.

"He was a happy kid," Joseph said. "He was a big, bright light who liked to help others. He was the type of guy who made people feel valued."

Joseph wants to see others with a similar attitude honoured through the Jaxon Joseph "For the Love of the Game" scholarship — one of four created by the St. Albert−Humboldt Remembrance Committee in Alberta.

Chairman Nolan Crouse said committee members, like many Canadians, were touched by the loss after the Broncos bus crash on April 6.

Another committee member, Judi Bahl, said they are almost halfway toward their goal of $500,000.

Much of the money has been raised through the committee’s Jersey Gala, a sold−out event being held Friday night in St. Albert. It features speeches by Hockey Night in Canada host Ron MacLean, former CBC news anchor Peter Mansbridge and a performance of "Big League" by singer−songwriter Tom Cochrane.

Some of the money has paid for a bronze stick sculpture outside the Jarome Iginla Arena in St. Albert, a city just north of Edmonton, and four memorial benches on the community’s pathways.

The rest will go to the four scholarships named after the St. Albert players who died in the crash: Logan Hunter’s "Youth Leadership," Conner Lukan’s "Tighten Your Skates" and Stephen Wack’s "Confidence to Follow Your Heart" scholarships.

"The thought that I’ve had behind everything I’ve been doing is ’What would Logan want?’" she said. "He’d love the fact that there’s a bench at the (outdoor rink). He’d want (his sisters) Shaylyn and Shelby’s kids to go there one day and enjoy that, and for us to walk down the street with Charlie, our dog, to spend some time there."

Hunter’s scholarship will help fund off−season training for a hockey player with the St. Albert Raiders who wants to play junior A hockey.

"I want it to be to an individual that has that goal," said Nordstrom. "He was so proud to wear the Raiders jersey."

Following the event, both families have some plans going forward.

Despite moments of profound grief, they have joined other Broncos families to advocate for better highway safety, stricter rules in the trucking industry and seatbelts on buses.

"We’re just trying to get people to wear them," Joseph said. "It’s crazy — we all are comfortable wearing seatbelts in cars, we don’t mind wearing seatbelts on airplanes, yet somehow we get on a bus and feel like we’re safe. It’s incorrect."

Joseph said there should be seatbelts on school buses and coach buses, which he believes could have saved lives in the Broncos crash.

But that wasn’t the only factor in the collision, he said.

"There are many ways we can make the roads safer," said Joseph. "There’s no reason why we can’t put rumble strips, put curves in roads, cut down some trees for sight lines.

"These aren’t excuses as to why the accident happened, but they help."

RCMP have said they will not release any details of the investigation or what they believe happened. The Mounties have only said that the truck was in the intersection when the collision occurred.