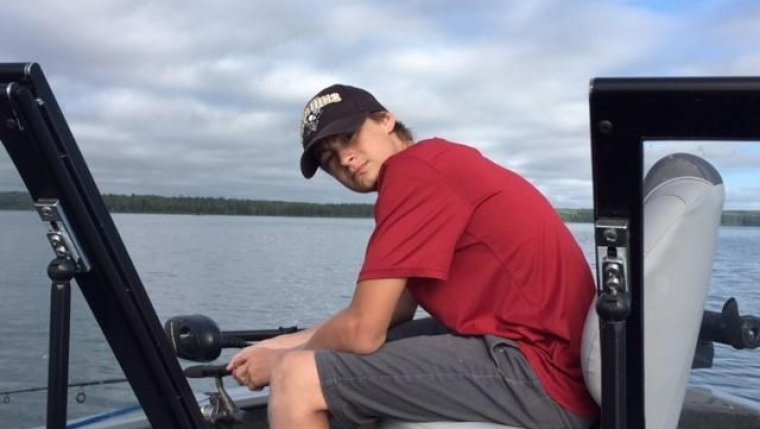 NORTH BATTLEFORD, Sask. — The father of a young Saskatchewan hockey player who committed suicide calls a decision to remove a memorial patch from his son’s team’s jerseys a slap in the face.

Neil Lascelle’s son Ash took his own life in January and his Battlefords Barons teammates had been wearing a patch on their sweaters in his honour.

"It wasn’t very tactful. It was all about a power struggle versus what was in it for the kids, the team, whomever it really mattered to," the father said. "It should never have been about a struggle."

Ash was 15 years old when he died.

His father described him as a social butterfly who loved sports, especially hockey, but also excelled at football and track and field. His favourite teams included the NHL’s Pittsburgh Penguins and the NFL’s Minnesota Vikings.

Ash enjoyed the outdoors and was musically talented. He talked about having a career in policing and had recently considered joining the military.

His father said that he excelled in school and achieved 97 per cent in his Grade 10 science class.

There were nearly 1,500 people at his funeral.

"I stereotyped him to not have any issues," Lascelle said. "It seemed to me like he was the popular kid, he was athletic.

"We thought some of the things he was going through were just teenage things."

Teammates wanted to keep the patch on their jerseys until 2021, when Ash would have moved on from midget hockey.

But the minor hockey association ordered the crests be removed at the end of this season and reaffirmed that stance at an April meeting.

The association’s board said that all jerseys need to be the same.

"If 10 kids would want it and 10 kids didn’t, you can’t have 10 that want it," said Kyle Kellgren, president of the Battlefords Minor Hockey Association.

"There’s a possibility that kids don’t want it. There’s a parent that spoke against the patch at the meeting. It’s not all just one−sided."

Kellgren said players are still permitted to put the crests on hockey pants, helmets and bags.

Lascelle attended the meeting and said that it felt orchestrated. People tried to ask questions about the crest, but they weren’t taken seriously, he said.

"Never provided any proof or substantial evidence that this was a negative thing for the crest on the jersey and they never provided anybody that they talked to in regards to this," said Lascelle, who stayed up until 3 a.m. after the meeting to take crests off the jerseys.

Dr. Katy Kamkar, a clinical psychologist at the Centre for Addiction and Mental Health in Toronto, suggested anything that "people can come up with that can help them build that resiliency" is a helpful way to cope.

Every day since Ash’s death has become a little more manageable for Lascelle, his wife, Michele, and their two other sons Mitchell, 18, and Dion, 23, he said.

But "you can’t explain the loss of a child."

He said he attended every game after Ash died and was proud of the team for wanting to remember him.

Lascelle said more than a dozen children have reached out to him when they’ve felt down.

"I had one parent call me up and say you saved my daughter, and from this point on, we’re family," he said.

"If I save one person, then my son will be proud of me.

"Maybe I’m kind of having my son live through me in a sense that I’ve adopted or I’m trying to be that person that Ash was."