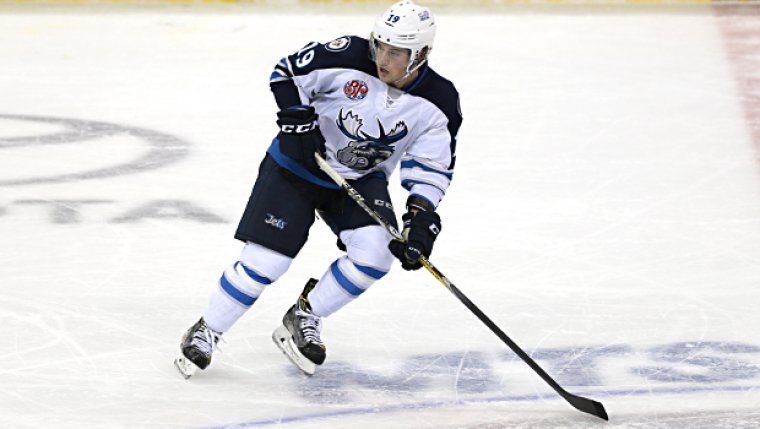 WINNIPEG, MB - The Texas Stars got their revenge on the Manitoba Moose on Saturday. But at least the Moose made a game out of it.

Watch highlights from the game on our Sports TV Player.

Playing in front of 5,512 at H-E-B Center in Cedar Park, the Stars built a 6-2 lead before the Moose scored a pair of late goals to make the final 6-4.

Despite the loss, the Moose are still to 38-18-4-4 on the season and remain in first place in the American Hockey League’s Central Division, nine points up on the second-place Chicago Wolves. The Wolves have two games in hand.

On Saturday night, Texas took a 3-0 lead early in the second period before Michael Spacek scored his 13th of the season on a power play from Nic Petan and Mason Appleton. Texas made it 4-1 midway through the second, but Charles-David Beaudoin scored his first with the Moose as Kirill Gotovets and Buddy Robinson assisted. That made it 4-2 for the Stars after 40 minutes.

However, Texas got goals from Denis Gurianov and Curtis McKenzie in the third to take a 6-2 lead and that pretty much put it away. JC Lipon scored his 13th of the season from Chase de Leo and Sami Niku also scored his 13th, from Appleton and Petan, as the Moose battled back to eventually lose 6-4.

Jamie Phillips started the game in net for the Moose but was yanked after giving up three goals on nine shots. Colton Phinney took over for the final 34:03 of the game and gave up three goals on 17 shots. It was the first American Hockey League appearance for Phinney.

THE NOTEBOOK: Chase De Leo recorded his 100th career AHL point in his 200th game… Manitoba has recorded at least one power play goal in nine straight games… The Moose and Stars recorded a five-goal period in back-to-back meetings.