MFMHL Player of the Week - Week 5 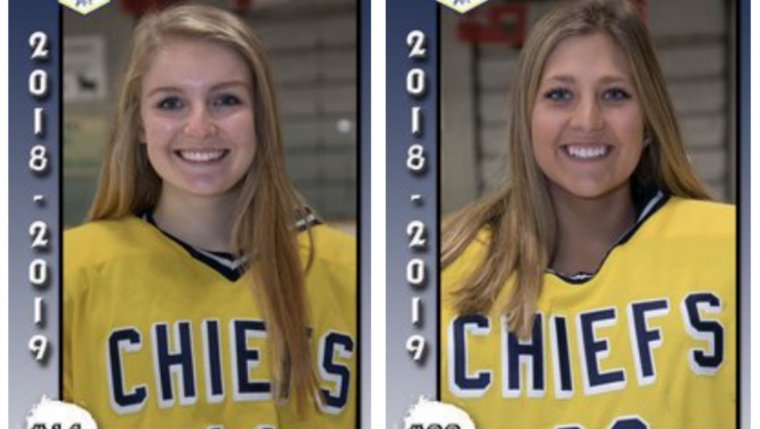 The MFMHL is pleased to announce that Yellowhead Chiefs forward Juliana Davis has been selected as the CCM-Selkirk Source for Sports Player of the Week for week 5 ending October 28. Davis a grade 12 student from Onanole and attends Erickson Collegiate had 4 points last week. Davis had the lone goal in the 2-1 loss to Central Plains on Saturday before notching 2 goals and 1 assist in the 4-3 shoot out loss to Pembina Valley on Sunday. Davis currently is leading the league in goals with 7. Davis is in her second year of playing with Chiefs. She is multi-sport athlete and hopes to continue playing at a post secondary institution while pursuing an occupational/physical therapy degree. 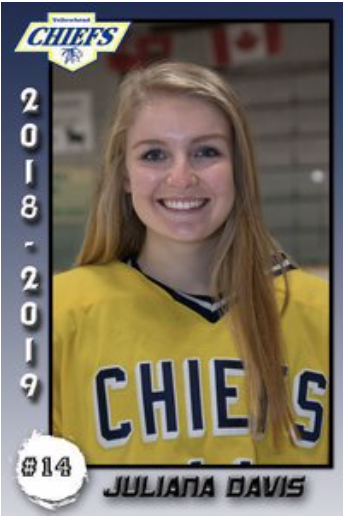 The MFMHL is pleased to announce that Yellowhead Chiefs’ goalie Sadie McIntosh has been selected as the GDI Goalie of the Month for October. McIntosh, a grade 12 student from Neepawa, picked up 4 wins out of 6 games played for the Chief including 3 shutouts. During the month McIntosh had a save % of .959 and a GAA of 1.17 while facing 169 shots.McIntosh attends Neepawa Area Collegiate and intends on continuing to play hockey at the collegiate level while pursuing a career in law enforcement or criminal justice. 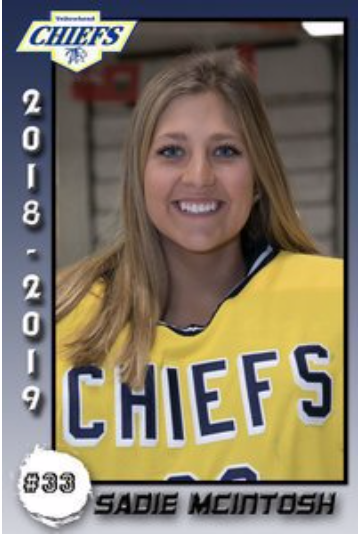