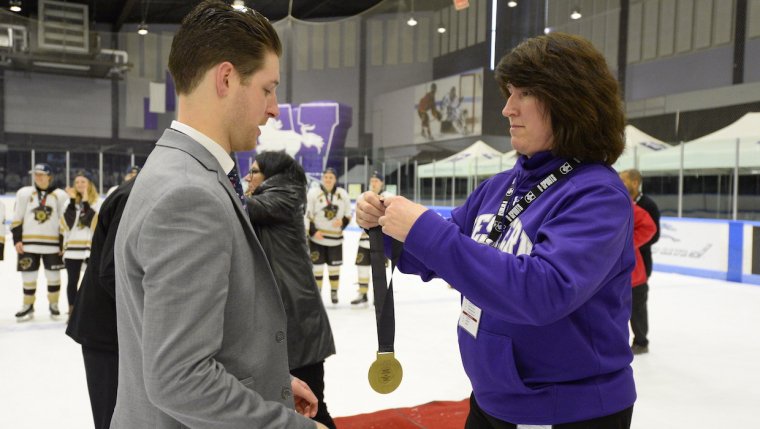 WINNIPEG — The Manitoba Bison women’s hockey team will have a new head coach for the 2018-19 season, Sean Fisher.

Fisher was introduced as the program’s interim head coach, because Jon Rempel has received a six-month reassignment of duties to allow for professional development.

Fisher, an assistant with Bison women’s hockey for the last four seasons, is looking forward to this new assignment. “The opportunity to lead our program for the 2018-19 season is pretty special, and it’s a great professional development opportunity for me personally. We have a number of terrific coaches on our staff and I’m very excited to work with them towards the continued success of Bison women’s hockey.”

A move to Winnipeg in 2012 led to more coaching opportunities before Fisher joined the Bison women’s hockey coaching staff in 2014. He has been heavily involved in skill development, recruiting, practice planning, special teams, and video over four seasons.

“Jon Rempel has done a world class job of building this program, building the culture in our dressing room and has been instrumental in my development as a coach,” said Fisher.

“The women’s hockey program is a marquee program in Bison Sports and we are excited to have Sean at the helm for the coming season,” said Gene Muller, Athletic Director of Bison Sports. “Sean is a known and respected coach in the program. He will be able to provide a measure of both continuity and newness to the program. We wish him and the players all the best for the 2018-19 season.”