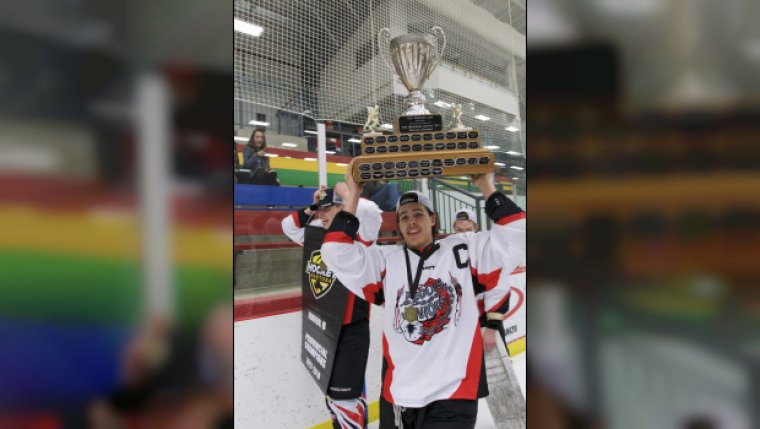 WINNIPEG - When the Peguis Juniors won their first of three straight Keystone Junior B Hockey League championships, Keifer Tacan was the team’s goalie.

In fact, Tacan, who is now the Juniors captain, was a goalie almost from the day he started playing hockey until just two seasons ago. That’s when he decided to try something completely different.

And yes, even though it was completely different, he still made the team and still won two more championships.

Back in mid-April, Tacan raised the Baldy Northcott Trophy over his head as the captain of the three-time KJHL champion Juniors. The Juniors had just defeated the feisty St. Malo Warriors 4-3 in Game 5 of the best-of-seven KJHL final to lock up the provincial Jr. B title for a third straight spring. During the playoffs, Tacan and the Juniors beat North Winnipeg in three straight games, Lundar in four straight and then St. Malo in five. They lost one game from Jan. 19 until the day they hoisted the trophy.

“The past two years, I would say he’s been the best defenseman in the league,” said Peguis head coach Kevin Monkman. “When he first came to us and said, ‘I want to play out this year,’ we kind of thought he was joking. He was our goalie and at the time, we hadn’t yet acquired (the team’s No. 1 goalie the past two years) Luke Penner. But we went with it and he made the team. 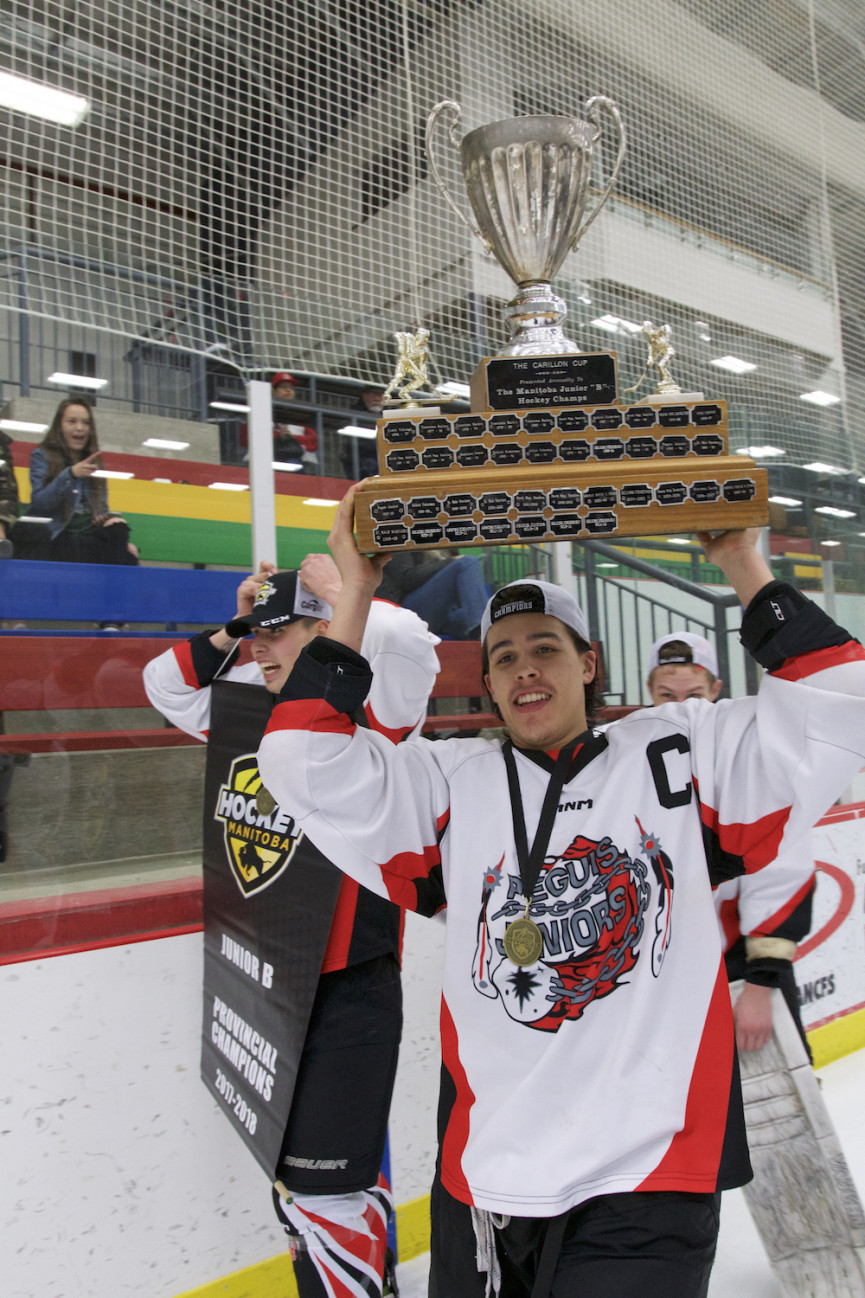 “He started out as a forward, but then we had an injury and asked him if he’d move back to defense. He jumped at the opportunity and was really comfortable there. He just took to the position. After a couple of games, we knew we had a very good defenseman and so he stayed there.”

Best D-man in the league? Not bad for a goalie. However, with Luke Penner and Allan Kohli coming in as the team’s goaltenders, Tacan wasn’t likely to see much work. So he decided to come back in 2016 as a skater. He wasn’t sure at first, but it turned out to be a brilliant decision.

“I’d always played as a defenseman or even a forward sometimes when I played summer hockey,” he said. “I was accustomed to the position and I enjoyed playing it, so I thought maybe I’d try to make the team as a defenseman. The boys thought I could do it so I gave it a shot and they gave me a chance. I never thought I’d make it, but I did and it’s been a great two years.”

This past year, he was named captain of the Juniors and it was a wonderful way to finish his junior career.

Granted, all captains love their teams, but as a five-year graduating veteran of one KJHL club, Tacan has a very warm spot in his heart for the juniors. Everybody at the Multiplex in Peguis was thrilled the local team’s victory, but nobody was happier about it than Tacan, a 21-year-old from Sioux Valley Dakota Nation.

“(Former Juniors coach) Farron Cochrane brought me here five years ago,” said Tacan who works for a construction company in Winnipeg when he’s not playing hockey. “I just love this team and I really love all the guys. I’ve played here for five years and it’s really become my second family.”

Tacan grew up at Sioux Valley, played his early minor hockey there and then moved to Brandon with his pal, Vegas Golden Knights rookie defenseman Zach Whitecloud, to play minor hockey at a more organized level.

“Zach and I are still good buddies,” Tacan said. “We grew up together and still talk a lot right up until this day.”

Tacan went to Calgary in Grade 7 and played hockey there until Grade 10, when he returned to Brandon. In 2013-14, he joined the Juniors and has been with the team ever since.

“My first two years here, we didn’t win a lot,” said Tacan who said he might give senior hockey a try next season. “But the last three years have been great. I had the time of my life with these boys. It’s pretty nice going out a winner.”

For Coach Monkman, he was more than just a winner. He was an outstanding player, a great leader and a wonderful teammate.

“His skating ability and his hockey sense made him a good defenseman, but it was his work ethic that set him apart,” Monkman said. “Nobody worked harder than he did.

“And he was a great captain. He led by example, never missed a practice and gave it 150 per cent every time he stepped on the ice. He’s also a great kid and the team is going to have a tough time finding another captain who was as good at his job as Keifer.”

Originally published in Game ON magazine, available at an arena near you.