Humboldt Broncos Play Comes Out of Coma, Unable to Speak 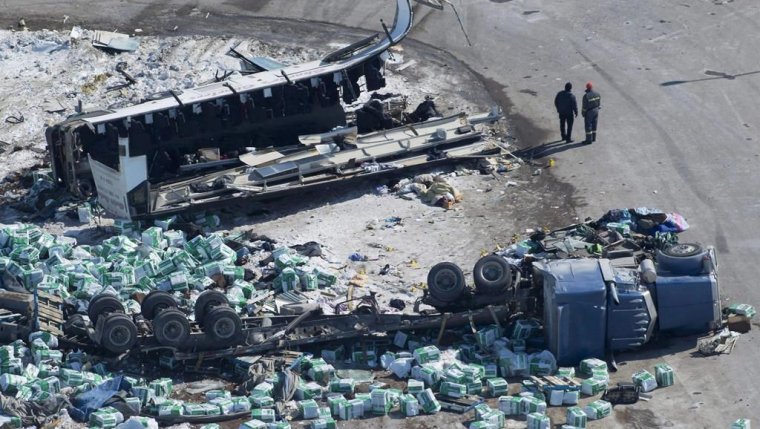 SASKATOON — A junior hockey player who was injured in the deadly Humboldt Broncos bus crash is making progress but is not yet able to speak.

Defenceman Layne Matechuk’s family released a statement on Friday updating his recovery from a brain injury.

His family said he was in a coma for the first month and doesn’t appear to know what happened.

"While we see his frustration, we also see his determination," the statement said. "Layne has always had to work hard to achieve his success."

He has transferred Saskatoon hospitals to continue his rehabilitation and the family said the road ahead won’t be easy. They’re also not sure when Matechuk will get to leave hospital.

"But what we can tell you is that we believe he gets a little closer every day."

The Broncos were on their way to a Saskatchewan Junior Hockey League playoff game on April 6 when their bus and a semi−trailer collided at a rural Saskatchewan intersection.

Sixteen people were killed and 13 players were injured.

Matechuk, 18, was in his first full season with the Broncos and had five goals and three assists in 45 regular−season games.

His family thanked people for their support since the crash and said there was a bike rally held for Matechuk earlier this month.

They said coach Darcy Haugan, who was killed in the crash, talked about the word "believe" and they are holding onto that word on a daily basis.

"We #believe the strength and determination that brought Layne success on the ice will bring him success in the months and years ahead.

"We ask that you continue to send your prayers and support to him — and to think of him."