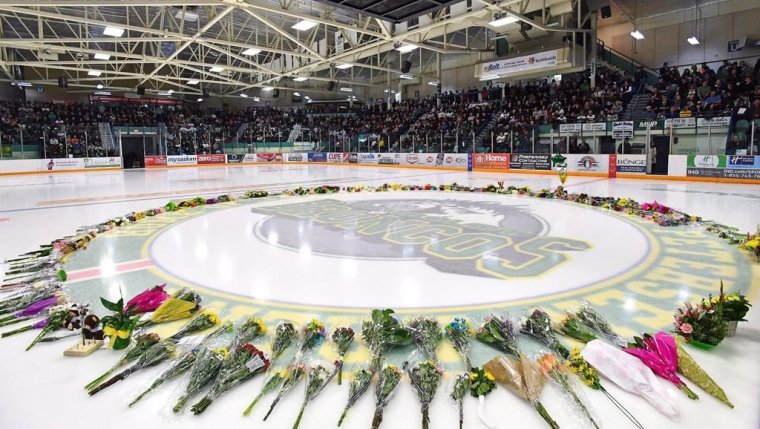 HUMBOLDT, Sask. — The Humboldt Broncos hockey team is facing off with its own league over the #HumboldtStrong slogan.

The Saskatchewan Junior Hockey League has applied to trademark the phrase, but the team says those who have suffered most from the tragedy should benefit from the phrase associated with it.

Humboldt Broncos president Kevin Garinger couldn’t immediately be reached for comment, but told CTV News that the trademark should stay with the team.

The phrase #HumboldtStrong popped up on social media soon after the April 6 crash, which killed 16 people and injured 13 others when the team bus and a semi−truck collided at a rural Saskatchewan intersection.

Within weeks, the league applied to trademark the phrase, as well as a few others associated with the tragedy.

Bill Chow, president of the league, says they applied on April 20 to make sure the brands were protected.

"I thought it would be important that somebody have control, if possible, of those trademarks," he said Monday. "Because the league already has control of proprietary rights and broadcast rights for all of the teams in the league, I thought this might be something the league would take under its umbrella as well.

"At some point in time, the Humboldt Broncos could do what they want to do with it."

Chow said he’s hopeful they can clear up any concerns being raised by the Broncos.