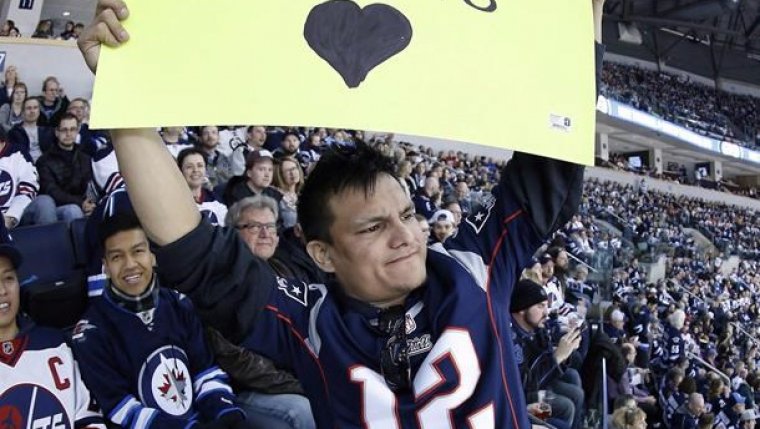 HUMBOLDT, Sask. — A former junior hockey player’s journey of healing has come to an end after he walked 1,200 kilometres from northern Ontario to Saskatchewan to honour the victims of the Humboldt Broncos bus crash.

Rance Cardinal, who is 24, walked and sometimes ran into Humboldt on Sunday to the cheers and numerous hugs from hundreds of people after a trek that began April 11.

He set out from Sioux Lookout, Ont., five days after the collision northeast of Saskatoon that killed 16 people and injured 13 others.

Dressed in a Broncos sweater and carrying a Saskatchewan flag on a hockey stick, Cardinal made his way to the Elgar Peterson Arena for a meet−and−greet ceremony.

Cardinal, whose brother died five years ago, says he never thought about giving up during his 48−day journey.

He plans to play a little ball hockey with local residents before heading home later this week.

Cardinal said he felt the best way to show his support for the grieving Saskatchewan city would be to walk there, no matter the distance.

"You know it’s pretty much everybody who believed in me that I could do this. That shows how much support we have for this community," said Cardinal. "Not one bit of quitting ran through my mind."

He said he hasn’t been himself since his brother’s death, but he "found Rance Cardinal again" after crossing into Saskatchewan.

"As the days passed, it was like I got myself stronger mentally and physically and emotionally. I’d like to pass that strength on to the people of Humboldt."

Cardinal plans to spend about three days in Humboldt before driving home.

The Broncos were on their way to a playoff game in Nipawin, Sask., on April 6 when the team’s bus and a semi−trailer truck collided at a rural intersection.

The accident is still being investigated by the RCMP, who have only said the truck was in the intersection when the crash occurred.(CTV Saskatoon, The Canadian Press)