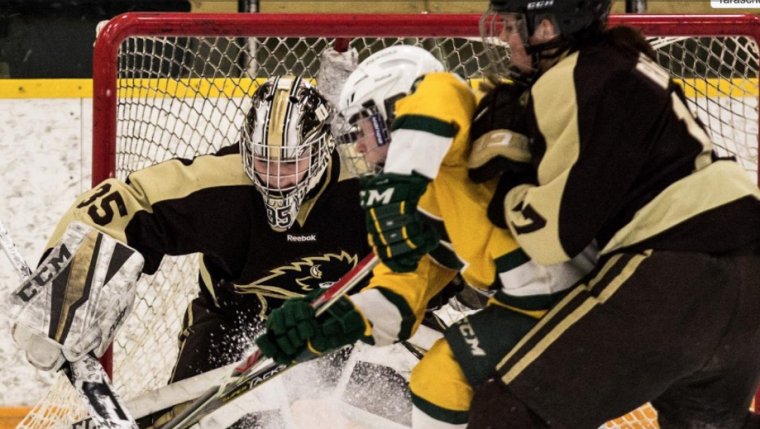 WINNIPEG, MB - The Manitoba Bison women's hockey team will play in the final game for the 2018 U SPORTS Championship today.

The Bison women celebrated a 2-1 shootout win over No. 4 seed Concordia in semi final game on yesterday, March 17 at the 2018 U SPORTS Championship at Western University in London.

Coach Jon Rempel reflected after the exciting and thrilling win, “It was a helluva game and both teams went at it. This team stuck with it and got stronger throughout the game. There is relief about getting it done today and looking forward to playing for a championship.”

Manitoba will now play in the championship final game today at 3 p.m. CT against the host and No. 3 seed Western Mustangs.