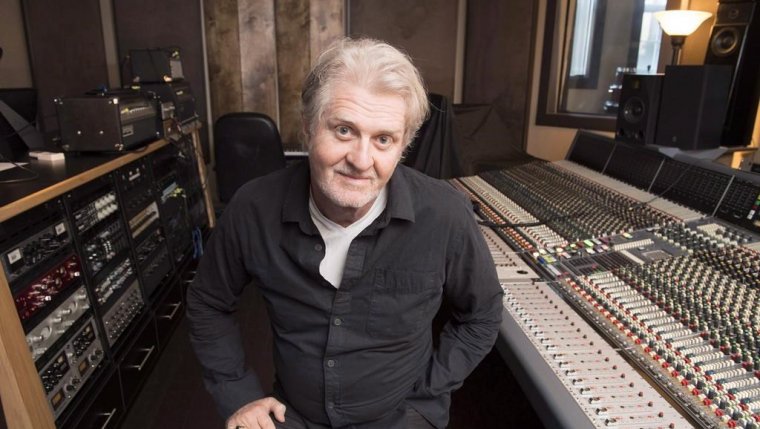 TORONTO - Tom Cochrane has released a reworked take of his song "Big League" and will donate the proceeds to those affected by the Humboldt Broncos bus crash nearly two weeks ago.

The Juno Award−winning singer and songwriter played an acoustic version of the song to open the April 10 broadcast of TSN’s NHL playoff preview special. A video clip of the performance began to circulate online shortly afterwards.

But the alternate take, which the musician recorded in a Toronto television studio on short notice, wasn’t originally planned as a digital single.

Cochrane’s label Universal Music Canada worked with broadcasters to make an audio version of the performance available to buy on Apple’s iTunes and stream on services like Google Play Music and Spotify.

"It just seemed like the right thing to do," said Cochrane on Thursday.

"Big League," from Cochrane’s 1988 album "Victory Day’’ with Red Rider, is written from the perspective of a father whose son was a hockey player with big dreams cut short by a truck driving in the wrong lane.

Many Canadians found the lyrics drew parallels to the 16 people who died as a result of the crash and the 13 others who were injured, some critically.

In the days following the crash, "Big League" saw its popularity rise on streaming services. Plays of the original version jumped 658 per cent to 56,000 streams for the week ended April 12, according to data compiled by Nielsen Music.

For his live version, Cochrane adopted a more sombre tone and updated the lyrics to incorporate a new verse that drew closer parallels to the Broncos story: "All the right moves when he turned 18. Ridin’ to the game and ridin’ with his team. Ridin’ with their friends and ridin’ for their dreams. Ridin’ off to immortality in the big league.’’

Universal Music says proceeds from the song will go to the Humboldt Strong Community Foundation, which was set up this week to administer funds raised through a GoFundMe page dedicated to the Humboldt Broncos.

The fund, which stopped accepting donations at midnight Wednesday, raised a total of $15,185,700.

Broncos president Kevin Garinger said earlier this week that the team would continue accepting donations through another organization to support "Humboldt Broncos players, employees, families and volunteers, as well as first responders and emergency services personnel, teams, athletes, related organizations and communities affected by the crash.’’