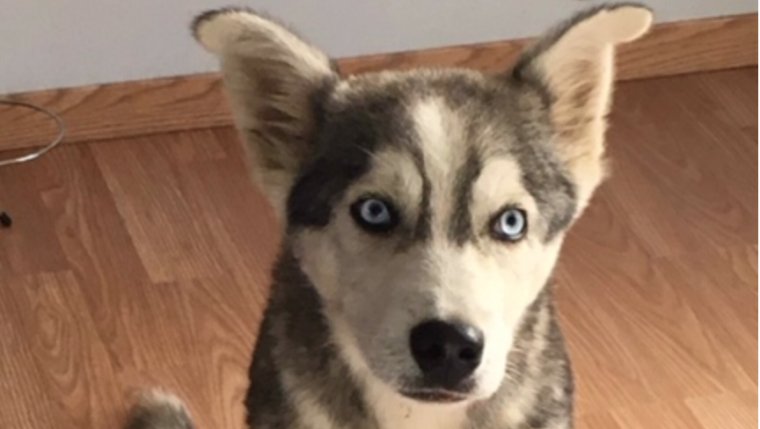 Cst. Lesley Steinke arrived at her new posting in Poplar River First Nation in January of 2018. She had come from a specialized unit in Manitoba RCMP Headquarters and was excited to embark on this new adventure. Little did she know that her life was about to be impacted in a big way by a furry kindred spirit.

In 2014, Cst. Steinke was diagnosed with Post-Traumatic Stress Disorder, and one of the ways she copes with the trauma that challenges her every day is to help animals. “Animal rescue is very therapeutic and rewarding for me,” said Cst. Steinke. It was no surprise, then, when in September 2018, a small male Husky who came by the detachment looking for food caught Cst. Steinke’s attention.

“Many strays come by the detachment looking for food,” she said, “and this little guy was gentle and submissive. He was forced away by other more aggressive dogs, and when I hadn’t seen him in a while, I went looking for him.”

Cst. Steinke located the pup nearby in a ditch not far from the detachment, emaciated and with purple spray paint on his back. He was initially very afraid of people, but after a hearty meal, a warm bath, and some TLC, he let her take him into her care. She began fostering him.

During the next eight weeks, she grew very attached to the little dog she named Casey. She watched proudly as he grew healthier and more confident every day. His growing strength inspired Cst. Steinke, but she knew that if she kept Casey she wouldn’t be able to rescue any other dogs. She put him up for adoption. 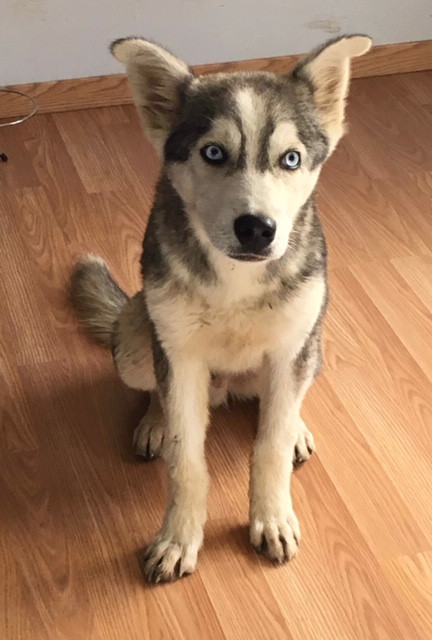 “It was a tough decision to let Casey go, but I also trusted his journey would lead him to where he needed to be,” Cst. Steinke said.

And she was right.

On November 24, Casey met a very special couple. A clinical psychologist from Quebec named Sophie had spent the last 10 years training as a clinical psychologist focused on PTSD and working with first responders, and she was in search of a therapy dog. She had even spent a year at RCMP Depot in Regina working with cadets and officers. Sophie and her partner Simon met Casey and immediately it felt like a perfect match. They took him to his new furever home and renamed him Enzo.

Enzo is now working with Sophie to become certified as an official therapy dog, who will help first responders, like his rescuer Cst. Steinke, cope with PTSD.

When Cst. Steinke heard that Casey was adopted and was going to work as a therapy dog, she said, “As an officer who was diagnosed with PTSD, it means more to me than you can possibly imagine that he will be a mental health champion and help members like me move through trauma/ PTSD. It's more than I could ever have imagined for him and indeed a true story of serendipity!”