Pink Fan, 12-Year-Old BC Girl, Gets to Sing With Idol 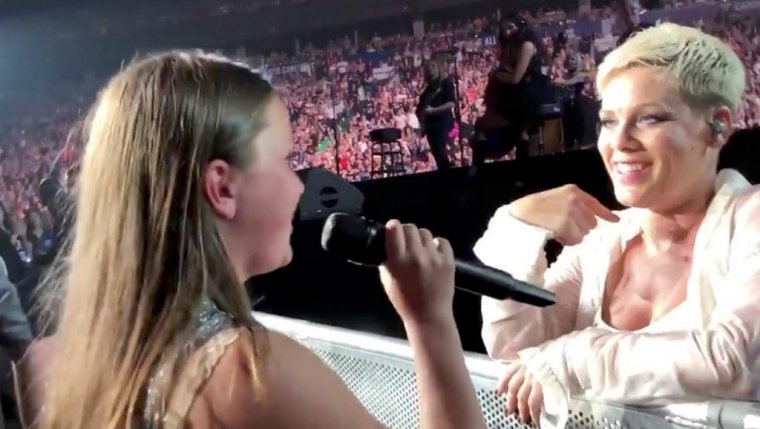 VANCOUVER — A 12−year−old girl admits she’s still in shock after getting the chance to sing for Pink at the performer’s concert Saturday night in Vancouver.

Victoria Anthony says she had been dreaming of the opportunity since winning praise for a recent appearance at her elementary school’s talent show, when she performed the Pink song What About Us.

Anthony says her parents encouraged her to begin a social media campaign to catch the singer’s attention, using the hashtag #VicAndPink, and the family attended the concert at Rogers Arena, where Anthony managed to get onto the floor, close to the stage.

The Vancouver girl was holding a VicAndPink sign during the show and caught the singer’s eye.

It was difficult to get up to the stage, so Anthony says Pink came down to the security fence, handed her the microphone, then smiled and listened to her rendition of the song Perfect.

Anthony says she was scared but received a hug and inspirational comment from Pink at the end of the song.

"We were singing face to face and it was really, really stressful but amazing. I was terrified but it was an amazing experience," Anthony says.

The young singer says she had never performed in front of friends and family until the recent talent show but she’s motivated to keep singing after some encouraging words from her role model.