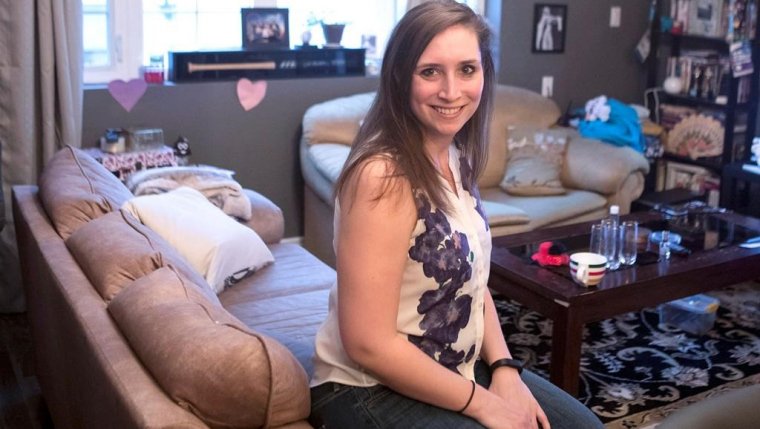 TORONTO — Laura Moniz was never especially interested in the British Royal Family, but she is going all out to celebrate the upcoming wedding of Prince Harry and Meghan Markle.

The 32−year−old schoolteacher says she has invited a group of her girlfriends to a slumber party the night before the May 19 nuptials, when they will drink cocktails, make funny hats and then get up early the next morning to watch what they hope will be an over−the−top spectacle at Windsor Castle.

She expects there will be kitschy bingo games and snarky comments, but also some genuine joy for the new couple: "I just think they’re cool," says Moniz.

Moniz has always been partial to Prince Harry over older brother Prince William, and says she is delighted with the way Markle is shaking up tradition.

"She’s older than Harry, which kind of breaks the narrative a little bit, she’s American, she’s biracial, she’s been divorced before. She’s kind of turning the Royal Family on its head, which I think is awesome. And it really gives the royals a nice shot in the arm in the sense of relevancy."

Markle and her prince certainly seem to have struck a chord with millennials in a way that Prince William and Kate have not, says marketing expert Lisa Raffaele, VP of client services of the Toronto PR company Punch.

Raffaele says she’s seen a marked interest in millennial chatter around the royal couple, and suspects much of it is driven by Markle’s celebrity as a TV actress from the Toronto−shot "Suits" and her previously robust Instagram and blog posts, which outlined favourite fashions, foods and social trends.

"We’re noticing an uptick on this particular wedding versus other royal weddings. Mostly because the couple is appearing to be a lot more accessible and relevant," says Raffaele.

Punch’s account director Annie Hennessey concurs, adding that Prince Harry’s reputation as a renegade royal has made him more relatable precisely because he is rough around the edges.

"People have always found Harry more interesting because he has as little bit of dirt under his nails, and he seems very comfortable in who he is," says Hennessey.

"He’s made some mistakes in the public eye, (but) he seems very fun and very friendly and very caring. He does a lot of charity work but he’s still like a real person."

And if there’s one thing millennials don’t like, it’s anything that’s too polished, or looks too much like advertising, adds Raffaele.

"I find Kate and Will are a lot more polished in what they do, they’re a lot more cognizant of how they put themselves out there. There’s a lot more preparation involved, (whereas) you’re getting an almost real−time experience with Harry and Meghan."

Some Canadians also feel a bit more connected to the union, thanks to Markle’s well−documented stint in Toronto where the romance spurred gossip−hungry residents to scour for royal sightings.

Josie Pingitore, 28, says she lives just five minutes from the house Markle rented and wonders if she ever crossed paths with the star, and possibly the Prince himself.

"That’s what bugs me — that he was probably like five feet away and I never knew," says Pingitore, also a big fan of the Netlix hit "The Crown."

"They were probably so close on multiple times."

Pingitore says she inherited her love of the royals from her mother, who loved Princess Diana. And so she’s invited her mom, her aunt, her cousin and her cousin’s children to her place for a British−themed party where they will watch the wedding while drinking tea from china cups and nibbling on scones and sandwiches.

"With Prince William’s wedding we all had to get together at two o’clock in the morning and my cousins came over and (we had) a tea party with my nieces and nephews and so we wanted to do it again this year," says Pingitore, who also ordered paper dolls of Markle and Prince Harry for the kids to play with.

"It’s fun to watch it live and have that history of watching it while it actually happened, and then everyone gets all judgy, obviously, and has an opinion about everything."

Of course, the wedding has a strong older following, too.

Daniel Demois, co−owner of the Fox Theatre in Toronto’s east end, says he expects a mostly senior crowd when his theatre opens its doors May 19 to display the festivities on the big screen.

"It will definitely cater to an older crowd just because of the nature of it — it’s a wedding, we’re serving tea, that’s just the feel that I get," he says.

Still, he hopes a younger contingent will be drawn in by the kitsch factor: "It’s free, it’s weird. It’s a weird thing to go to a movie theatre to watch, whereas I don’t know that I’d watch it at home."

Moniz says she’s already sold on the modern fairy tale, thanks to a relatable bride.

"She’s just sort of more closer to one of us than even Kate was."