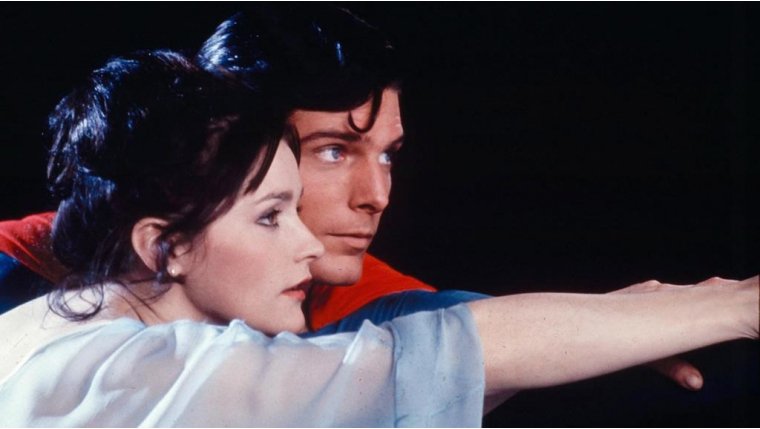 Kidder, best known for her role opposite Christopher Reeve in the "Superman" films of the 1970s and 1980s, has died at age 69, a Montana funeral home confirmed on Monday.

Annie Kidder said her sister was an activist all her life, and much like Lane, wasn’t afraid to speak out for what she thought was right.

"She was kind of an indomitable person," she said in a phone interview. "She was a fighter. She was determined, outspoken. She was all those things in the same way as (Lane)."

Annie Kidder said she does not know the cause of death at this time, and no funeral arrangements have been made.

Born in Yellowknife, Margot Kidder was part of a mining family that moved around remote regions of the country when she was young, her sister said, but after seeing shows on Broadway in New York City, she became "determined that she was going to be a star."

She said fame turned out to be a "mixed blessing" for the budding actress, who was thrust into the spotlight after landing a role in one of the first superhero movies to make a splash at the box office.

"You’ve reached the goal, the thing that you said you wanted ... but also, it makes your life incredibly public," said Annie Kidder, who is based in Toronto.

She said her sister found her calling as a mental−health advocate, drawing from her own experience with bipolar disorder, which she spoke about openly at time when it was highly stigmatized.

"She was courageous about everything," she said. "In struggling with her mental health, she was also determined that there shouldn’t be a stigma around that. It was important to be open about those things. There was nothing to be ashamed of."

After an infamous breakdown on the streets of Los Angeles in 1996, Margot Kidder credited a homeless man with showing compassion for her and saving her life during her "big, public flipout."

"We are all ... a breath away from mental illness, homelessness, all of these things we tend to so look down on," she said in 2006.

"We are all one human family and we really have to take care of each other."

Her sister said the actress treasured some of the smaller roles she had later in her life.

Margot Kidder continued to work in TV and film through her struggles and won a daytime Emmy in 2015 for outstanding performance in a children’s or pre−school series for "R.L. Stine’s The Haunting Hour." She also starred in films including "Black Christmas" and "The Amityville Horror" and TV series including CTV’s "Robson Arms."

Also known for her political activism, she was among a group of environmentalists to be arrested outside the White House in 2011 during a protest against TransCanada’s Keystone XL pipeline.

Kidder, who became an American citizen, had settled in Montana to live in a "culture−free zone" away from the spotlight and close to her daughter and grandchildren.

"She was very, very happy living with her dogs in Montana and being part of a really strong community," said Annie Kidder. "That’s how she wanted to live her life."

Kidder was married and divorced three times and was also famously linked to former prime minister Pierre Elliott Trudeau. She was credited with influencing Trudeau’s decision to launch a global peace initiative during his final months in office, according to the 2009 biography "Just Watch Me: The Life of Pierre Elliott Trudeau 1968−2000."

Canadian director Norman Jewison recalled casting Kidder for her first big film role, the 1969 comedy "Gaily, Gaily," and how she was "full of life" and "did a heck of a good job."

"I guess she will always be known for Lois Lane; she will be known for the most popular film she was in. But I think she’ll be remembered also for her political stance that she took because she became a very strong leader ... for young people, and I was always kind of proud of her," Jewison said in a telephone interview.

"She became politically active and I thought she was very interesting in her feistiness and rebellious nature in life.

"I just kind of admired her strength. She was a very devoted person to her art and to film."

"Robson Arms" co−creator Susin Nielsen said getting Kidder to appear for three episodes of the show’s debut season felt "like a real coup," having been a fan of the actress since watching her in "Black Christmas" at 16 years old and being so scared, she had to sleep in her mother’s room.

"She was warm, gregarious, hilarious and just a pleasure to work with," Nielson said in a phone interview.

"I also just so admired her for other aspects of her life, how completely she embraced talking about mental illness, and she just seemed to me like a woman who had obviously a very rich, rewarding but not always easy life."

Statford, Ont.−based comic creator Scott Chantler said Kidder’s portrayal of Lane transformed the character from a "damsel in distress" awaiting rescue, to a "force of nature" whose brashness made her a crackling counterpart to Superman’s nebbish alter−ego, Clark Kent.

He said Kidder’s spin on Lane was "feminist" for its time, influencing not only later iterations of the character, but superhero love interests throughout the comic book world.

"They made a great screen pair — a little like the old Katharine Hepburn, Spencer Tracy−type of on−screen couples, where she’s his match," said Chantler. "For most of my life since then, that’s been the Lois Lane character."

Tributes to Kidder were posted to Twitter in the hours after her death began making headlines.

"Thank you for being the Lois Lane so many of us grew up with," DC Comics, the comic book company behind Superman, tweeted.

"She was a joy to be around," wrote English actress Sarah Douglas, who co−starred alongside Kidder as supervillain Ursa in "Superman" and "Superman II." "We continued to have fun together over the last 40 years."

American actress Teri Hatcher, who played Lane in the 1990s television series "Lois & Clark: The New Adventures of Superman," tweeted that it was a "privilege" to have shared the role with Kidder.