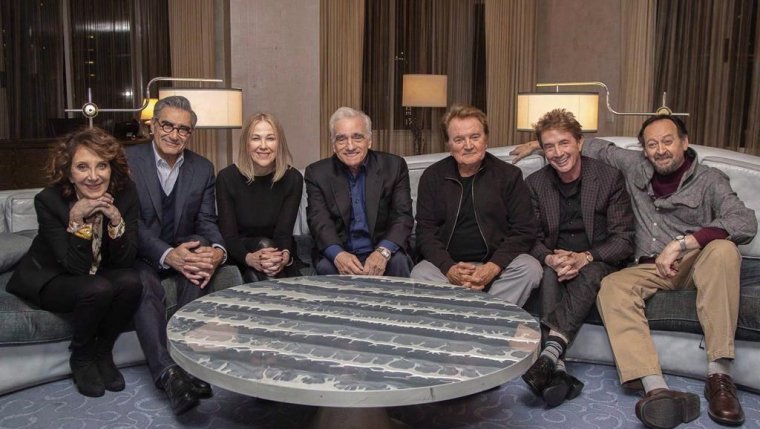 TORONTO — Fans of "SCTV" were served a heaping dish of nostalgia on Sunday as cast members of the Canadian sketch comedy series gathered to share memories for an upcoming Netflix special.

Seemingly every popular character from the influential show — including Johnny LaRue, Alex Trebel and Edith Prickley — had a moment to shine during the three−hour live taping at Toronto’s Elgin Theatre. The footage will be part of a larger production directed by Martin Scorsese for the streaming platform.

Other revealing moments included Dave Thomas and Rick Moranis reflecting on how seminal hosers Bob and Doug McKenzie were originally created as a way to inject more Canadian content into the series.

It wasn’t always certain that Moranis, who has largely stepped away from his acting career since the late 1990s, would show up at the "SCTV" reunion. But he told the audience that he jumped at the chance to get together with old friends.

"SCTV’’ ran from 1976 to 1984 and helped launch the careers of many famed international comic legends, including the late John Candy and Harold Ramis, who were both honoured during the taping.

Late−night TV host Jimmy Kimmel, who served as moderator for the event, was quick to share how much of an impact "SCTV" had on his own comedy sensibilities as a teenager growing up in the United States.

"This show is the reason we’re not building a wall with the northern border," Kimmel quipped at one point.

Netflix hasn’t announced a release date for the "SCTV" special, but said it will air on Netflix in all territories, with the exception of Canada, where it will premiere exclusively on CTV.

Following CTV’s airing, the special will be available exclusively on Netflix in Canada and worldwide.