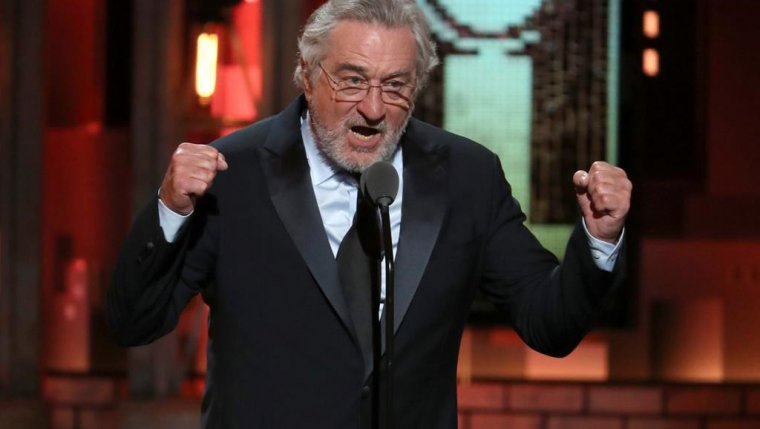 TORONTO — With diplomatic tensions between U.S. and Canada rocked by recent comments about trade by President Donald Trump and his advisers, some Americans are finding ways to acknowledge Canada’s other exports in popular culture.

From Neil Young and Drake to poutine and northern hospitality, many of Canada’s internationally known trademarks became fodder for compliments on social media using the hashtags #ThankCanada and #ThanksCanada.

The gestures of support followed a clash of words between Trump and Prime Minister Justin Trudeau after the G7 leaders’ summit over the weekend in La Malbaie, Que.

After Trump left the event, he launched a scathing attack on Canada’s tariffs, while Trudeau called the U.S. president’s steel and aluminum imports tax "kind of insulting," and insisted that Canadians "will not be pushed around" when it comes to further talks.

Music critic David Wild reacted to the conflict on Sunday by encouraging others to consider what Canada has given its U.S. neighbours.

"My Fellow Americans, let’s all #ThankCanada for things we love they’ve brought to our lives," he wrote, naming a number of people, including Celine Dion, Leonard Cohen and comedy series SCTV.

"Also hockey is cool," he added.

When Shaun Kelly saw the tweets he started thinking about how the conversation could be expanded into the physical world, which is why he called on his fellow Americans to plant a tiny flag on their lawn in support of Canada.

The English and history teacher from Greenwich, Conn. wanted to find a way to stand in unity with his northern neighbours. So he logged onto web retailer Amazon and searched for the Canadian flag.

"I thought, ’Well that would tick off Trump a lot because he hates Jeff Bezos,’" Kelly said, pointing to the feud launched by the president against Amazon’s founder.

"I found a little five−dollar Canadian flag that’s very modest, sort of like Canadians are, that you could put by your front door — maybe in a garden."

Kelly, who is married to a woman from Montreal, said he’s enthused by how many people have responded positively to his suggestion.

"It was simply a little tweet," he said. "But almost everybody has said either they’re going to do it, or they support it."

Kelly said he feels the reaction of others on social media speaks more symbolically about the relationship between the two countries. It’s an emotion he revisits each morning when he puts on Joni Mitchell’s music for his daily walk.

"She turned into this wonderful antecedent to Donald Trump — someone who’s in the same age range but has so much more to say," he said.

Kelly supposes that emotional connection is why so many other messages of support for Canada are focusing on the influence of culture rather than trade policy.

"What lasts after we’re all gone, is really art, music, poetry and painting," he said.

"The art we leave behind touches on the hemline of immortality."

Singer−songwriter Mary Gauthier pointed out that her career brings her to Canada "several times a year."

"The Canadian government actively supports the arts. They do this WAY better than the US gov’t, and I am forever grateful," she tweeted.

Others noted moments in history where the Canada−U.S. relationship was at its strongest, including when officials helped Americans escape during the Iran hostage crisis, or when planes were diverted to Gander, N.L., after U.S. air space was closed in the aftermath of the Sept. 11 attacks.

Twitter user @GoogieBaba recalled a visit to Toronto in 2005 before gay marriage was legal in the United States.

"We had a lovely time, and I will never forget your friendly, stylish city," they wrote.

Some focused on material goods that could be affected by changes in the trade agreement, such as maple syrup and automobiles, while others took a lighter approach to reflecting on tariffs.

"No one likes to be stereotyped, even as ’nice.’ But can you all export your manners?" tweeted a user named Karine Jegalian.