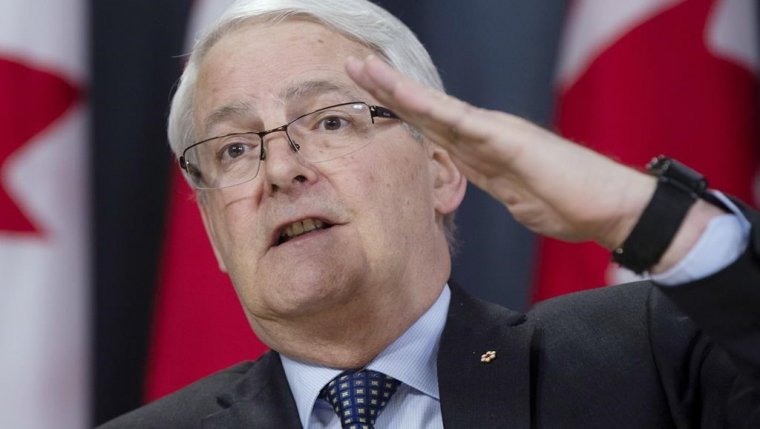 OTTAWA — The federal plan to revamp Canada’s air−security screening system is running into headwinds from major airlines, which are urging the government to take things slow to get the changes right.

In their last budget, the Liberals announced plans to turn the Canadian Air Transport Security Authority, the Crown corporation responsible for screening people and baggage, into an independent, not−for−profit agency.

The National Airlines Council of Canada, which represents the country’s four largest carriers, told MPs on the House of Commons transport committee Tuesday that the government expects the new system to be in place by next April.

However, the council says, many important questions still need to be answered.

For instance, while the budget sets aside millions of dollars in transition funding, the council is unclear on how the government arrived at the figure or what it includes.

The airline industry is already grappling with major challenges, including the grounding of the Boeing 737 Max airplanes and planning for new passenger rights rules, and "we are again confronted with a government−imposed deadline and process," council president Massimo Bergamini told the committee.

"Surely no one would suggest that this way of conducting government business meets the standard of unhurried, prudent decision−making that our air carriers are expected to exemplify."

The current screening authority was created following the 9−11 terrorist attacks on the United States, and a new user−pay security levy was ushered in to support the agency.

A federal transportation review three years ago found that the agency, while fulfilling its screening mandate, had been unable to meet the challenge of increasing demands with limited resources.

The review noted that Canadian travellers were paying one of the highest aviation−security fees in the world, but screening queues were getting longer.

The airlines council says the goal of screening 85 per cent of passengers within 15 minutes or less at Canada’s eight largest airports is not feasible with existing equipment and staffing levels.

The government hopes that spinning off the agency will result in more modern, efficient screening. Garneau has compared the move to the 1990s privatization of air−traffic control services through the creation of Nav Canada.

The airlines council says the comparison is "disingenuous at best."

"The success of the Nav Canada model was the result of almost two years of tough negotiations, with almost weekly meetings where everything was on the table," Bergamini said Tuesday.

When Transport Canada consulted industry players two years ago on the future of the screening authority, the airlines supported the principle of transferring its functions to a not−for−profit organization — with a number of serious questions and caveats, he said.

But the government has not worked with the industry since to address the concerns, Bergamini said.

Ferio Pugliese, an Air Canada vice−president, said reform of the air−screening agency must meet the needs of the industry and the travelling public.

"A new model is necessary to improve efficiencies and to reduce wait times, delayed departures and missed connections for travellers," he told the committee.

"While this reform is welcomed, Air Canada cautions that in order to get it right, it must be done in a thoughtful, well−planned and fiscally responsible manner."