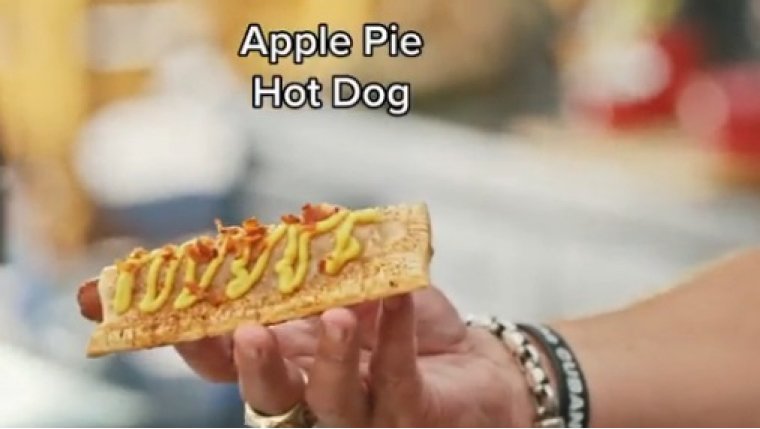 He teamed up with Chevrolet to create the treat for Major League Baseball's Field of Dreams Game Thursday night in Dyersville, Iowa.

It features an all-beef hot dog, wrapped in an apple pie crust, with filling and bacon jam and covered with apple mustard drizzle, apple pie spice and brown sugar.

Chevy has released the recipe so people can try it at home.

Fieri also filmed a video of him making it and shared it on his Twitter feed.

You guys know I love baseball, hot dogs and apple pie, but huge thanks to @chevrolet for asking me to bring the #ApplePieHotDog to life!