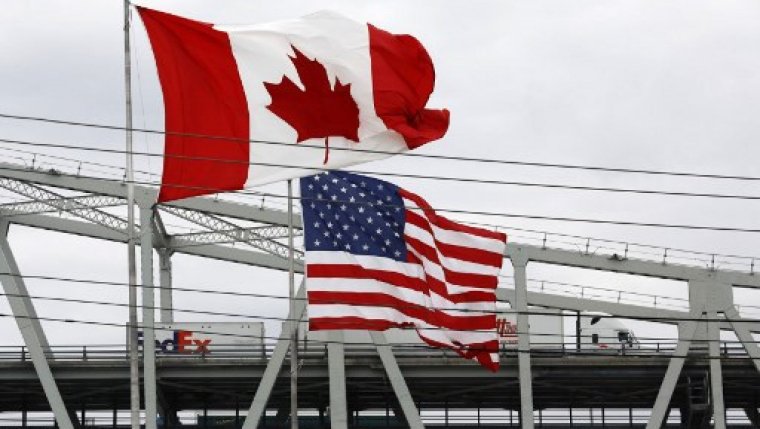 We are on a collision course with America. Under Donald trump’s leadership, our southern neighbour is headed towards putting economics over lives. Trump has been clear; if push comes to shove, money matters more. In his words, the “cure cannot be worse than the problem itself”.

Trump has said he wants America back to work by Easter and to make that happen, he is willing to lift social isolation protocols in America. The message is clear; if some die to protect America’s economy, so be it.

At the same time, Prime Minister Trudeau has been lecturing Canadians on following recommended protocols to save lives. “Enough is enough” said Trudeau as he told Canadians to “go home and stay home”. He has repeatedly emphasized that Canadians are at risk and need to come together to save lives.

The two countries are in two very different places. The US President is sending clear signals that he wants to get back to business as usual as soon as possible. Canada on the other hand, is signalling a commitment to people first and is willing to hunker down and ride the pandemic out as it diverts resources to protect people and its medical system.

None of this would matter if the two countries didn’t trade $2 billion in goods and services daily. That trade requires the free movement of goods and people across the longest open border on the planet. And therein lies the conflict.

If the US is going to end medically necessary protocols and revert to business as usual and is prepared to accept the loss of American lives as a cost of doing business, Canada will get steamrolled by Donald Trump’s policy. When the two countries agreed to close their borders to nonessential travel, it was carefully coordinated and by agreement of both nations.

If the US declare business as usual, Canada will be caught between a rock and a hard place. It will not be in a position to keep its border closed while the US wants it opened. And Canada’s desire to practice social isolation to contain the spread of COVID 19 will be hacked at the ankles by the movement of Americans who can freely spread the virus far and wide.

Whether Canada wants to or not, it will be at risk of becoming collateral damage to Trump’s ‘economy first’ policy. And all Canadian efforts to put people first will be undermined by our neighbour’s insistence that money matters more. It is a looming conflict that will define our nation and tell us how different we really are from our American neighbours.

And whether Prime Minister Trudeau wants to or not, he will likely have to face this conflict. If Trump follows through and lifts restrictive protocols to allow American churches to be full on Easter, the barn door on containing COVID 19 in the US will be blown right off. And if the US catches this flu, Canadians will also die.

As Spring approaches, the winds of trade and travel will shift along with the prevailing southerly winds flowing into Canada. And those winds will not only bring welcome warmth, they may bring down Canada’s defences against a deadly virus that demands our full effort to contain.

It seems the coming days will test our national resolve and force us to decide how much are we willing to suffer to protect our fellow citizens. And that question will put Trudeau squarely in a standoff with Trump. He will need Canadians to help him answer what matters more; people, or pocketbooks.

But before Canadians are forced to make that choice, I hope Americans will force Trump’s hand and not allow him to impose that choice on Canada. The best-case scenario will have Americans telling their President that they will not stand for trading American lives for temporary economic security.

A showdown between Trudeau and Trump is a lose-lose proposition for Canadians and one I hope never comes to pass.