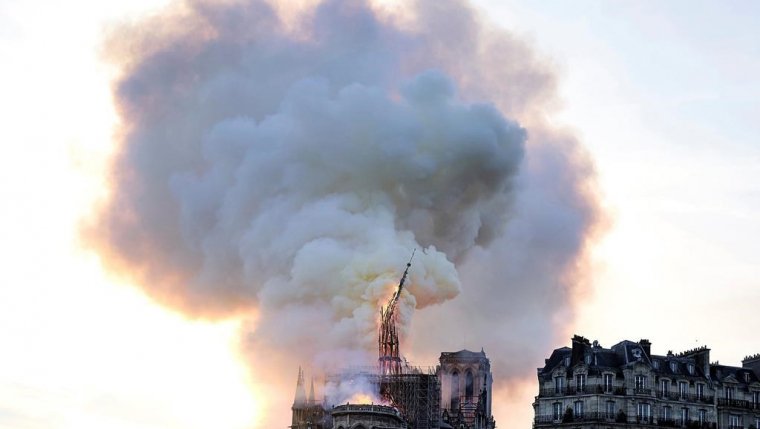 TORONTO — The Archbishop of Toronto said Monday the fire that heavily damaged Notre Dame Cathedral in Paris is a tragic event that has touched people everywhere.

"All around the world, all of us feel a certain sadness in our hearts at the thought of the people of Paris losing not only such an astonishing, most beautiful cathedral in the world, but their cathedral," Thomas Cardinal Collins said. "It is their church."

In Montreal, the bells of the city’s Notre−Dame Basilica rang out in solidarity as the Paris landmark was consumed by flames.

Pastor Miguel Castellanos said in a post on the Montreal church’s Facebook page that he’s in shock over the news of the fire at Notre Dame de Paris, which he described as a jewel of architecture and an exceptional cultural, historical and religious symbol.

"My prayers are for the French people, the diocese of Paris, and everyone who will have to work hard to rebuild an international treasure, eternal and powerful," Castellanos said.

"Our heritage is very fragile. Together, let’s take great care of it to preserve our treasures."

Collins said a cathedral is meant to be a sign of beauty that leads to truth and goodness. He said the destruction has affected so many people because of its history and magnificence.

The archbishop pointed out that the fire has come in the week before Easter, the holiest time of the year for Christians.

The fire apparently erupted Monday in the roof of the medieval church, which was undergoing a major restoration. Flames and smoke could be seen engulfing the structure, with the spire collapsing into the church. The cause of the fire remains unclear.

Collins said he didn’t expect any type of special mass in light of the Notre Dame fire. He said that’s because the cathedral is bricks, stone and mortar that is beautiful and significant, but of most importance is the "suffering, death, and resurrection of the Lord."

In addition to sharing a name with the French cathedral, Old Montreal’s gothic revival−style basilica owes its architectural inspiration to the two towers of Notre−Dame de Paris. Castellanos offered prayers to the French people and all those affected by the fire.