There's Shrimp In My Cereal! 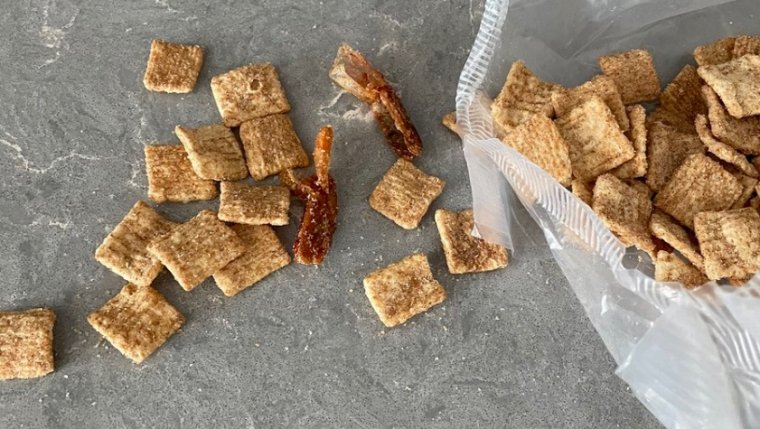 WINNIPEG - A comedian is accusing General Mills of gaslighting him after he complained about shrimp tails he says he found in a box of Cinnamon Toast Crunch.

The company offered to replace the box and issued a statement saying it's just an accumulation of cinnamon sugar that sometimes occurs when ingredients aren't thoroughly blended.

Jensen Karp responded with this. "These are cinnamon coated SHRIMP TAILS, you weirdos. I wasn't all that mad until you now tried to gaslight me.

General Mills says it's investigating further but believes the box was tampered with after it left their facility.

Ummmm @CTCSquares - why are there shrimp tails in my cereal? (This is not a bit) pic.twitter.com/tTjiAdrnVp
— Jensen Karp (@JensenKarp) March 22, 2021