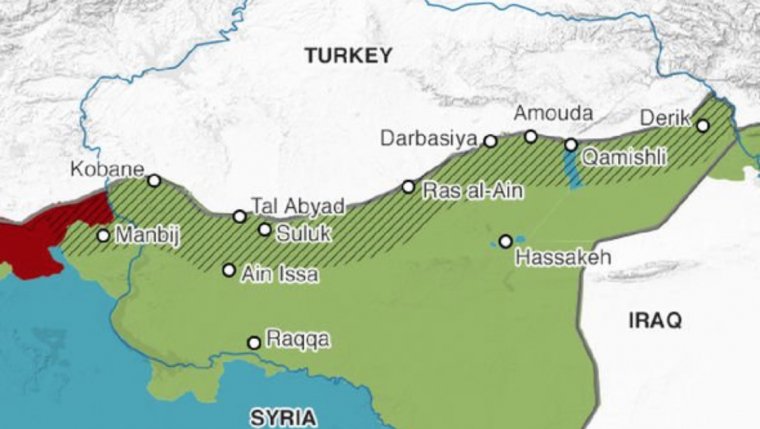 Last week, Donald Trump, claiming to have “great and unmatched wisdom”, tweeted an empty, toothless threat to “destroy Turkey” if it did anything Trump considered off limits.

Trump sounded more a wise guy hoodlum or a deranged, narcissistic megalomaniac than wise. But let’s set that aside for a moment and consider the broader implications and wisdom of Trump’s foreign policy decision that preceded that tweet.

Without warning or plausible rationale, Trump ordered the retreat of American troops from northern Syria in an area bordering with Turkey and mostly occupied by ethnic Kurds. America’s troops were waging their latest war in the region to root out ISIS, an irregular force fighting both Syria and the West. America and its troops were supported by the Kurds. In fact, the Kurds were doing most of the heavy lifting and had become a proxy force for America. The Kurds were America’s allies.

As its allies, the Kurds also guarded the camps that held ISIS fighters captured during the joint campaign with American forces. While the Kurds are favoured by America, they are hated by Turkey’s strongman styled President Recep Tayyip Erdoğan. The Kurds are an ethnic minority of some 35 million people scattered across Turkey, Iran, Iraq and Syria.

The Kurds have long agitated for a Kurdish homeland and are sometimes described as the largest ethnic group without a state. Turkey home to nearly 12 million Kurds, has faced a lengthy Kurdish insurgency in its southeastern region. The insurgency has been expensive and ongoing thorn in Turkey’s side. Erdoğan has been particularly hostile to the Kurds.

With this history, Trump ordered a retreat and left America’s loyal allies in the field to face a potential attack from the Turks. And within a day of America abandoning its Kurdish allies, Turkey’s better equipped and larger forces launched a full out assault on the Kurds. Globally, America’s action was seen as an act of betrayal and abandonment.

America’s retreat is indeed an act of betrayal. But this is hardly anything new for America. It has a long history of engaging distant populations as allies in a common cause and then walking away when it tires of the fight. In some cases, America didn’t even show up for the fight; it just armed a favoured group to the teeth and withdrew all support when its objectives were met.

When has America done this before? Let’s start with its adventures in Southeast Asia. America went in to support the French and the South Vietnamese and to hold the line against the communist threat. One Gulf of Tonkin incident and two decades later, the Americans went home. As Saigon fell, so did America’s erstwhile comrades in arms.

They were abandoned to the killing fields of Vietnam, Cambodia and Laos. The war claimed millions and following America’s withdrawal tens of thousands of civilian and military allies were executed and ten times more were subjected to torture and starvation while imprisoned in communist re-education camps. The South Vietnamese learned the hard way that when the going got tough, America could not be counted on to stand by its friends.

That lesson was repeated in another proxy war just four years after the last American soldier returned from Vietnam. In 1979, Soviet forces invaded Afghanistan. During the following decade, the United States led a sustained proxy war against the Soviets by funding and arming the Afghan resistance.

America started providing covert aid to Afghanistan’s mujahideen (defenders of the faith) in their jihad, (holy war). But in turns out America was engaged in Afghanistan months before the Soviets arrived. In a 1988 interview, American diplomat Zbigniew Brzezinski admitted that America intentionally provoked a Soviet invasion and admits to writing President Carter that “we now have the opportunity of giving to the USSR its Vietnam War”.

The Soviets did end up with their own Vietnam; an unwinnable war in a hostile distant land. And just as America did in Vietnam, the Soviets eventually tired of their deadly, expensive adventure and retreated in 1989.

According to John K. Cooley, author of Unholy Wars: Afghanistan, America and International Terrorism, America defeated the Soviets but also created the largest mercenary army of jihadist holy warriors in American history. This army carried American weapons and did the fighting and the dying, ultimately driving the Soviets out.

And once the Soviets were gone, American betrayal and abandonment of its former Afghan allies played a critical part in making America the target of a new jihad. In 2009, US Secretary of Defence, Robert Gates admitted that after “the Soviets did withdraw from Afghanistan, and the United States essentially turned its back on Afghanistan”.

In stark contrast with American efforts to rebuild post war Germany and Japan, there was virtually no support for Afghanistan. Even after the Soviets retreated, each side continued to foment civil war until 1992. And then both sides abruptly decided to leave the Afghans to their own devices.

As long as the jihad served America’s interest, it had billions to fund a war. But after peace came in 1992, there was no money to support a war-ravaged population lacking the most fundamental of human needs. And that neglect did not sit well with the likes of Osama Bin Laden. Many amongst the jihadi leaders, including Bin Laden, were bitter about what they saw as an American decision to abandon Afghanistan.

For people like Bin Laden, America became the greater evil that needed to be punished for its “eagerness to destroy Iraq, the strongest neighboring state (to Israel), and their endeavor to fragment all the states of the region such as Iraq, Saudi Arabia, Egypt and Sudan”. In 1988, Bin Laden and other like-minded leaders issued a fatwa (legal opinion) that called on Muslims to kill Americans and their allies.

The rest as they say, is history. While there is no direct line from America abandoning Afghanistan in 1992 to the events of 9/11, it is reasonable to expect that had America stuck around to help the people it had helped bomb for a decade, perhaps the jihadists would not have responded to Bin Laden’s fatwa with as much fervor. Ironically, since 9/11, America has spent many hundred times more fighting in Afghanistan than it would have cost to completely modernize it after the Soviet withdrawal.

Afghanistan and Vietnam are not alone. Central and South America are littered with States that have experienced American friendship of exactly this sort. More recently, we can also add Ukraine to the list of American friends who now find themselves alone.

History supports the contention that America will stand by its allies only as long as they are useful. America’s betrayal of Kurdistan is the latest in a series of such betrayals. The only stunning thing about leaving the Kurds out in the cold is the unexpected abruptness of the decision. That and its announcement via Twitter.

When accepting South Vietnam’s surrender, North Vietnamese Colonel Bui Tin, said “you have nothing to fear; between Vietnamese there are no victors and no vanquished”. Except that was not true. The Vietnamese had much to fear.

History shows that leaving the vanquished in the hands of the victors often leads to brutality. America is yet again leaving an ally in the hands of a stronger power willing to use brutal means to supress a perceived enemy. Millions of Vietnamese, Afghans, and now Kurds, will pay the price of having been America’s friend.

Betrayal has always been the ugliest of American traits. Donald Trump is just the ugliest of ugly American Presidents who have come before him and his decision is just the latest reminder of the price of being America’s friend. And somewhere in Northern Syria, hundreds of escaped ISIS fighters are picking up their weapons and are telling the Kurds, “we told you so”.