The Silent Road to Christchurch 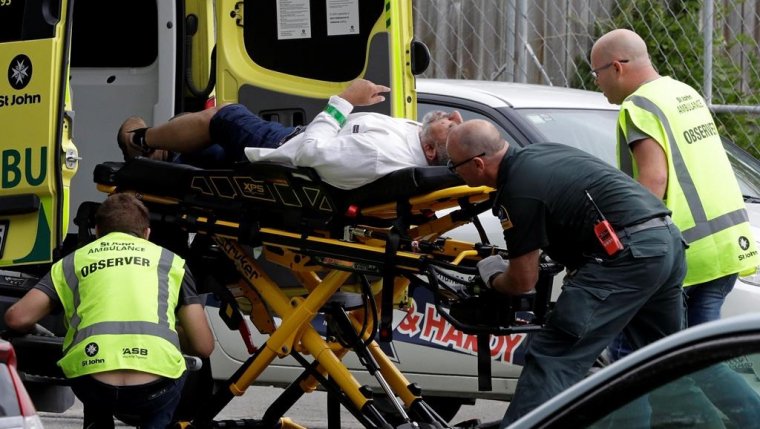 Hate and intolerance do not have a singular definition. They fall on a continuum. Harbouring hateful and intolerant ideas and feelings can reside subtly in the subconscious or they can take the form of extreme violence against those we may hate or are intolerant towards.

The murder of fifty Muslim worshippers in Christchurch is the deadliest form of violence based on hate and intolerance. But it lies at one end of a continuum that also finds ideas that lurk silently in our subconscious on the other end. As silence and inaction in their most benign forms to the cold-blooded murder of worshippers in Mosques, Churches and Temples in multiple places across the world, intolerance and hate come in many forms. Christchurch is the latest of these incidents and sadly, it will not be the last.

Following each incident, as individual citizens, some will pause to reflect and grieve while many will feel a moment of shock, then shrug and carry on. Others will look to blame and will point fingers at governments, politicians and hate groups of one stripe or another. Some, will give in to their worst instincts and seek revenge. It is human nature to assign blame, forget, and to avenge.

But the truth is that there is no single person, party, group or ideology to blame. The truth is, we are all to blame. Whether these attacks happen in the US, Canada, New Zealand, India or Egypt, the fault lies not with the stars or a few hateful individuals, it lies with us for failing ourselves millions of times daily.

How is that so? Let’s deconstruct hate. We can be hateful or intolerant even without knowing it. Our biases may never be reflected in our actions and despite them, we may act fairly when the moment calls for action. To that extent, our biases may be harmless.

But they are seldom harmless. In the deep recesses of our minds, we know right from wrong. We understand that all humans are simply that; human. Yet we allow some to be treated lesser than and say nothing as certain voices get louder and louder in their demonizing rhetoric against “others” that are different from us.

Throughout history, the “others” have been one group or another with some identifiably different characteristic. The differences may have been geographic, cultural, religious or physical. Jews, Christians, Muslims, black, white, Asian, Indian or Pakistani, Hutus or Tutsis, right wing or left, communist or capitalist; these have all been amongst the differences that have become reasons for mass murder or genocide.

In recent times, citizens of most western democracies have seen a decline in their economic and financial well-being. Within single lifetimes, their prosperity has declined. And citizens angered by deteriorating economic conditions, are increasingly being told that some “others” are to blame. Migrants, refugees and new comers often make up this new batch of “others”

During the time our economies declined, we have also been engaged in a near thirty-year war against people we were told “hate us and our way of life”. Since the first Gulf War, an entire generation has grown up under this purported existential threat. And the number of attacks in western states carried out by adherents of fundamentalist Islamic ideology have intensified our fear.

The two have combined to create a potent mixture of fear, distrust, intolerance and in some segments of our population, outright raw hatred. And these sentiments have found their way into mainstream political discourse. Rhetoric of intolerance and hatred is not only accepted but actively promoted. The new “others” are most often immigrants and Muslims.

Donald Trump’s anti-immigrant, anti-Muslim rants in the US, Narendra Modi’s more subtle Hindu nationalist rhetoric in India, Maxime Bernier’s identity politics or Andrew Scheer’s sharing a stage with Faith Goldy, are all on the same continuum of divisive and polarizing politics. Individuals like Jordan Peterson and Milos Yiannopolous add women and those who don’t fit on the traditional gender spectrum as targets worthy of our contempt.

Hate and intolerance, couched as a protest movement against “political correctness” have found entrenched political legitimacy. The messengers of intolerance and xenophobia find ample bandwidth on social media and on outlets like Rebel Media and Fox News.

Together these merchants of malice trigger what Karen Stenner calls in The Authoritarian Dynamic our “latent predisposition” to defend our in-group. It turns out that when push comes to shove and we are told our side is under attack, we usually act to defend “our” side. And repeatedly, we are being told that it is time to choose. Some like Trump and Bernier are blunt, others like Modi and Scheer are subtle.

What is the impact of this constant barrage? It depends where we lie on the continuum. Some are speaking out and fighting back. Some are subconsciously taking sides through their silence. Others, are becoming strong advocates and actively lending political support to divisive politicians and ideologies purporting to defend their “side”. And for a very few, thankfully a very few, their inner demons are converted to the point of picking up guns and unleashing unimaginable terror on innocent men, women and children in the name of protecting their “side”.

Christchurch was not a random event. It was as predictable as the ones that came before. The only unknowns were the time, place and whether the victims were attacked for their gender, ethnicity, religion or colour. In most cases, the ideology of the attackers was consistent and predictable. The politicians and media outlets they were influenced by were also consistent.

And in each case, the manifestos and dark “facts” that influenced the perpetrators were outright lies or gross perversions of facts. The truth was out there but it did not set them free because they did not look for it and people in power either promoted or failed to challenge the fallacies and falsehoods that motivated the killers. Many of us who knew better and could have said something, also chose silence.

The blame for Christchurch lies on a continuum. We are all to blame for varying degrees of action, or inaction. Throughout history, nothing good has ever come from stoking fear of “others”. We know that with crystal clarity. Yet here we are. It is happening again. And the more fear the “others” invoke, the more likely it is that more innocent people will die.

Before we turn our attention to blaming others and holding others accountable, let’s start by examining our own biases and hold ourselves accountable for what we do, or choose not to do. We are all to blame. And we all must be part of the solution.

Perhaps this time we will make a difference by seeing our own part in a deteriorating world differently and realize it was never up to “them”, it was always up to us.