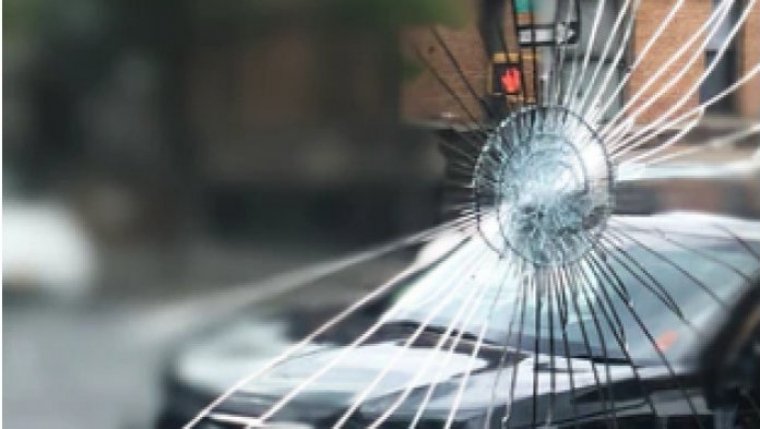 WINNIPEG - The RCMP say a couch was the cause of a five-vehicle highway pileup this week after the chair flew off a vehicle, and they want the chesterfield’s owner to claim it.

The Traffic Services division of the police service’s Surrey detachment says the crashes started when a vehicle slammed on the brakes to avoid what they thought was debris, resulting in a chain reaction that sent one person to hospital with non-life-threatening injuries.

Mounties eventually figured out that the debris was in fact a sofa that had fallen from another vehicle at some point.

Investigators are asking for witnesses to contact them with any dashcam footage or details about the vehicle in question, as they’d like to sit down to chat with its driver.

That wasn’t the only case of hazardous driving in the Vancouver suburb that day. Here’s a driver racing through traffic in the wrong direction just a few hours after the furniture mishap.

@SurreyRCMP I saw this dash cam video of a driver going the wrong way north in the southbound lanes on King George Blvd which is a divided in a School and hospital zones, I notified my principal of the school at Queen Elizabeth Secondary because I am an adult student pic.twitter.com/lgPnw2ZmnG
— CovertlyCool (@covertlycool) April 30, 2021