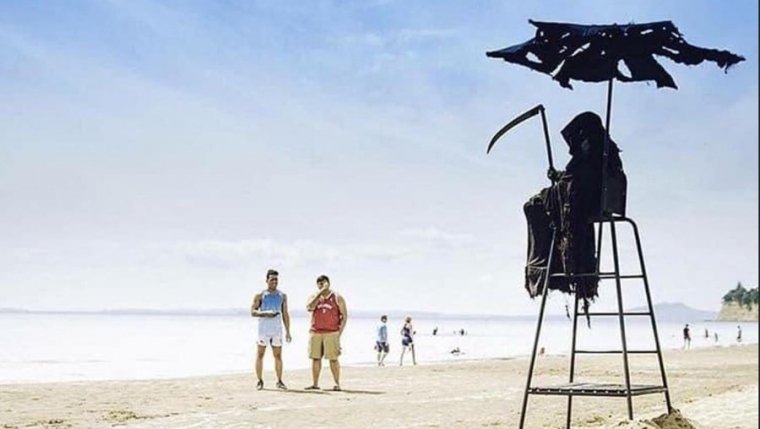 WINNIPEG - The Grim Reaper has hit the beach in Florida. It's actually a lawyer dressed up as the angel of death. Daniel Uhlfelder has been very critical of Republican governors who want to re-open their states, he thinks it's too soon. Starting Friday, Uhlfelder says he'll tour Florida's beaches and other locations to encourage people to stay home or at the very least six feet apart. He's also using his campaign to raise money for Democratic congressional candidates.