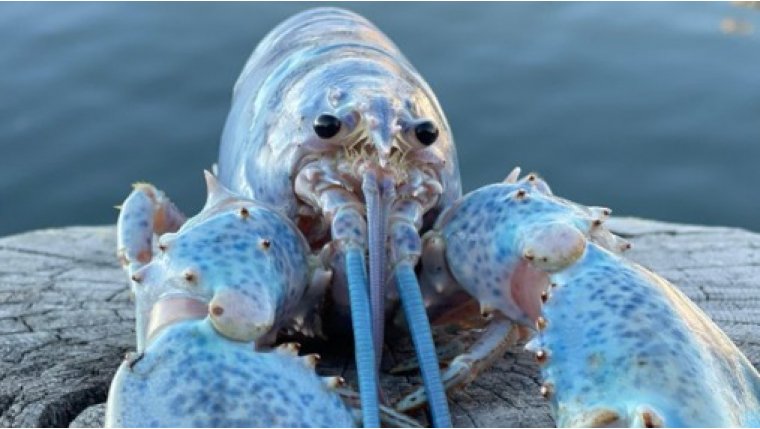 WINNIPEG - This rare rainbow-coloured lobster was caught recently off Maine.

Bill Coopersmith was fishing in Casco Bay last month when he pulled in a cotton candy lobster.

The odds of catching such a lobster are one in 100 million and its iridescent, opal-like shell is caused by a genetic mutation.

Coppersmith named the lobster “Haddie” and he has donated it to the Seacoast Science Center in New Hampshire.