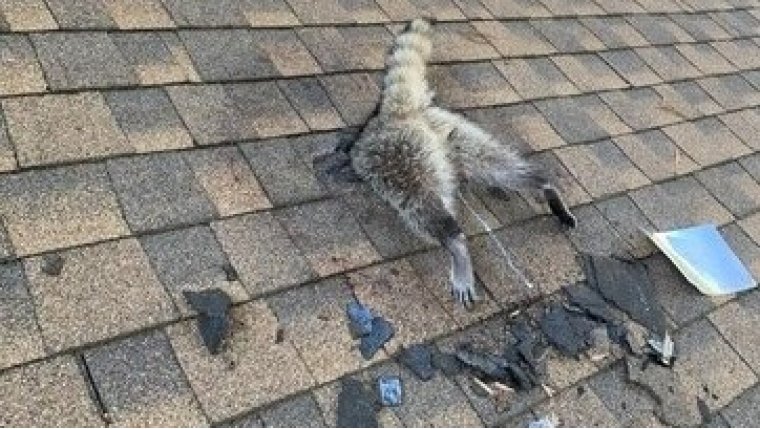 WINNIPEG - This photo was posted on Facebook by the Santa Cruz Animal Shelter in California after they got a call from a resident about a raccoon stuck head-first in their roof.

The animal chewed a hole in the roof to try and get inside but it was not big enough for its body.

The shelter says the homeowner was told how to push it back through the hole so it would not suffocate.

The raccoon turned out to be a mother and she was reunited with her babies nearby,