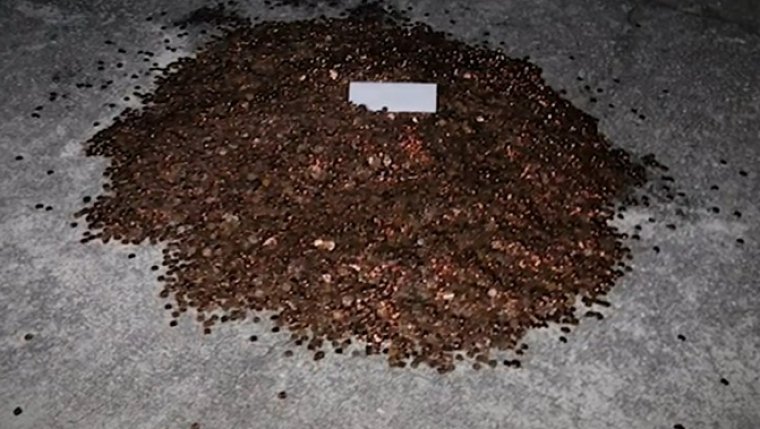 WINNIPEG - A man in Georgia says he's trying to make the most of thousands of pennies, after a spiteful former boss dumped the pile of coins weighing hundreds of pounds onto his driveway in place of his final paycheque.

Andreas Flaten says he discovered the pennies on his driveway with a note attached that simply read "F--- you!" The pile would add up to $915.00: That's 91,500 pennies.

Flaten says the ex-employer had been refusing to pay him that amount for months after he left his job as a manager for an auto mechanic shop, and that every coin in the pile appeared to be coated with motor oil or some other type of automotive fluid. The man explains that he gave two weeks’ notice before quitting the position in response to what he calls a toxic workplace environment.

Flaten, of course, had to shovel the coins up to move them into his garage and clean them, and says they were so heavy, the wheelbarrow he used buckled under their weight. He says getting the pennies ready to deposit at the bank involves a lot of work for money he already worked for, but Flaten and his girlfriend say they're amused by how the former boss went through all the trouble to pull the stunt off to begin with, and refuse to let what they call a vindictive act of cruelty ruin their day.

The employer says he doesn't remember whether or not he was the one who dumped the coins in Flaten's driveway, but says Flaten got paid "in U.S. currency," and claims that's all that matters.